I saw this small project hit TDLR today for "MBW HQ" at 100 Covelo Ave Fort Worth, TX 76111 over on the east side of downtown off of 4th St.  Upon doing a little more research, I noticed google maps image from 2014 had "Landmark Tower Corporation" on the side of the building along with a piece of a small radio antenna.  My mind jumped first to the Landmark Tower downtown but upon further investigation, Landmark Tower Corporation has designed and built some pretty impressive tower structures including the 954ft Star Tower in Cincinnati.

Here's a listing of some of their work:

The company was founded by a Fort Worth engineer named Henry “Hank” McGinnis who passed away in Arlington in 2002.  He also owned Landmark Broadcasting Limited. 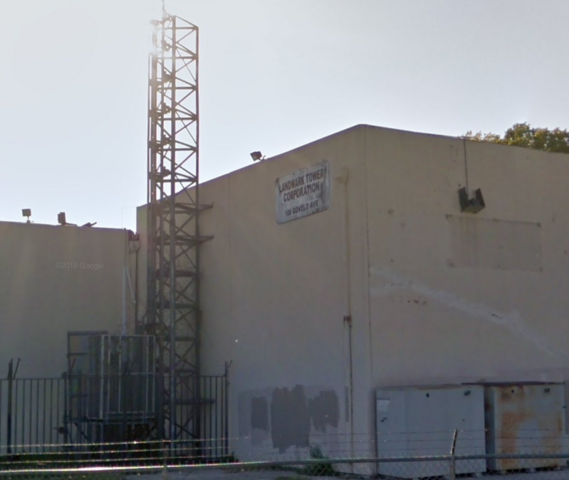 Prior to operating under the name Landmark Tower Corporation, this location at 100 Covelo Ave was Adelphon, Inc which was incorporated in 1971.  According to wikipedia,

The prototypical Landmark tower, also known as an Adelphon tower, is a tripod in shape with three legs that rise to meet each other about a third of the way up. The legs taper down from larger footings to a thinner middle and then expand again to the point where they meet. The outer cords continue all the way up to the top of the tower in one swoop, but the inner three loop around into each other, creating a central ovoid and voided core. Aside from its unique appearance, the Landmark tower design has several advantages compared to the typical free standing lattice tower, with less wind resistance and a reduced amount of steel required for construction.

They also built the tower on the grounds of Mesquite High School that's a smaller version of the same design.

They also built the tower on the grounds of Mesquite High School that's a smaller version of the same design.

Back to Local History