I realize this is behind the Star-Telegram Paywall, but a 50 years and 1 month ago, the Worth Hotel was imploded.  This was the first implosion of a major Downtown building.  Behind the hotel, and demolished earlier, was the Worth Theater, the city's largest. The hotel and theater were demolished to build the Fort Worth Club Tower.  If you can read the article and look at the photographs, please do so.

On the first weekend of November, I noticed a straggler Monarch feeding on my abelia bush next to my front porch.  I thought I would capture a some close-up photographs of it.  These were taken with my cell phone. 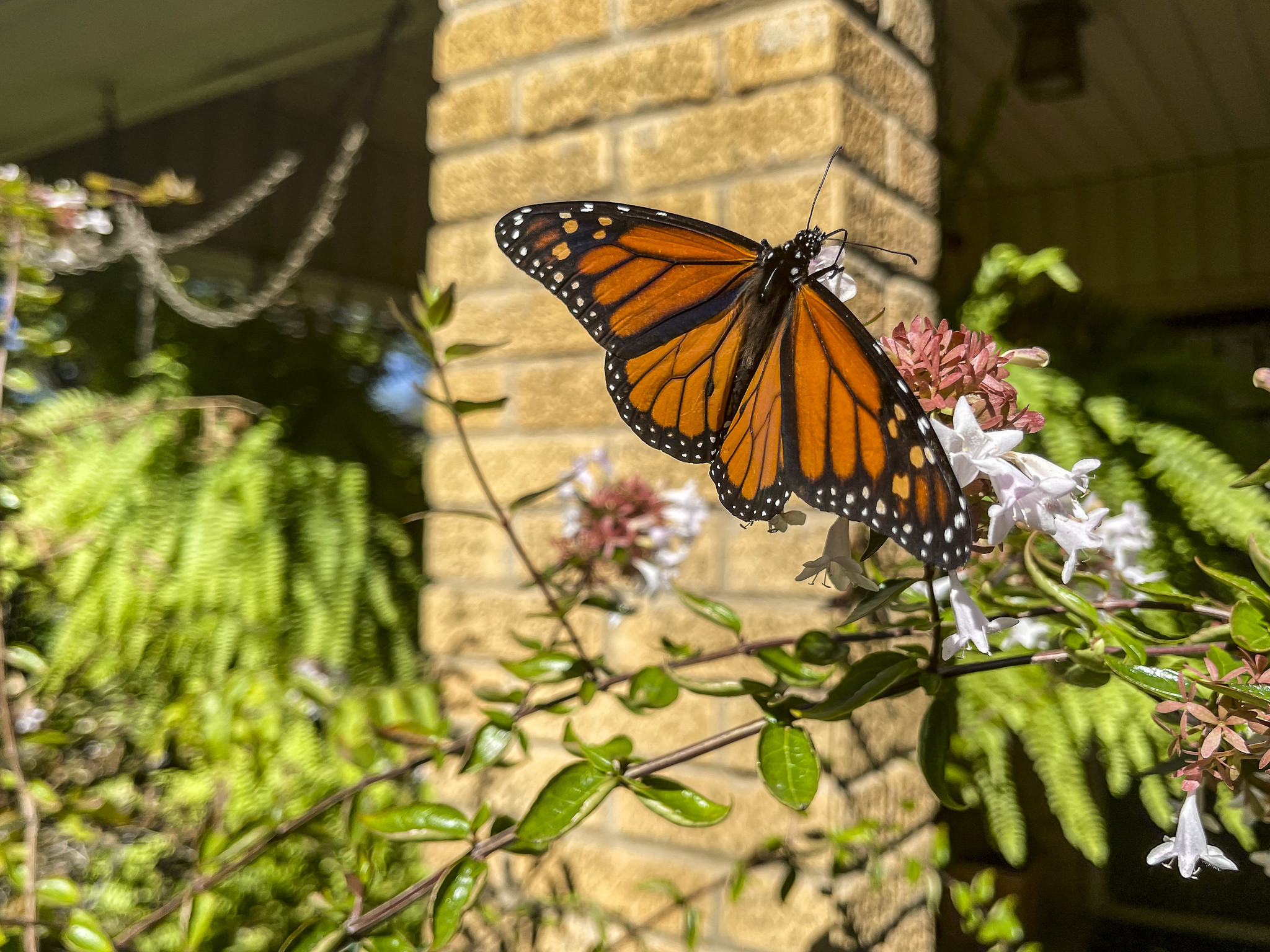 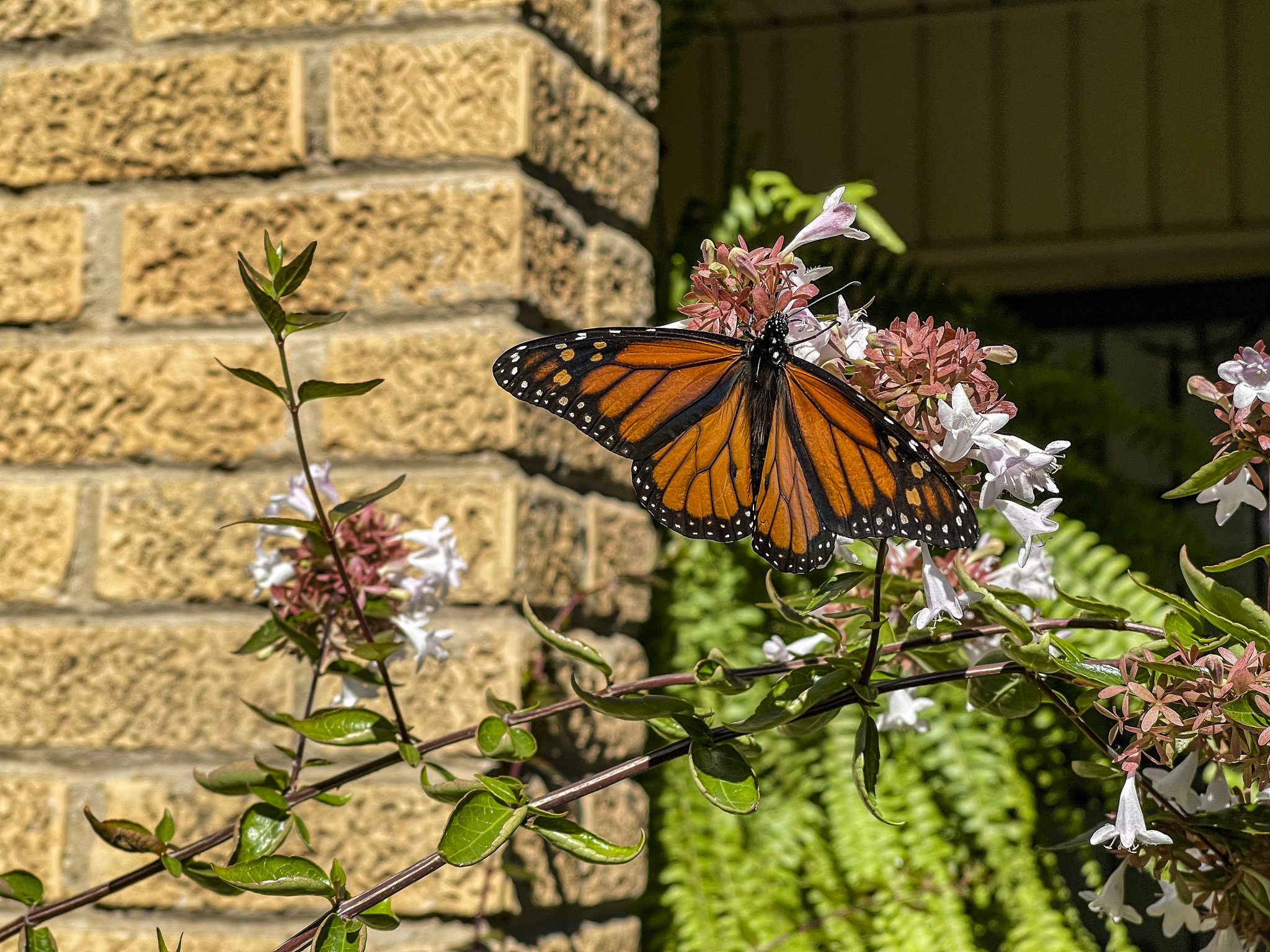 After the forum meeting at Benito's, we walked around a little bit and started looking at the Martha Washington Candy Co. building, located at 1412 W. Magnolia.  It is an interesting building and Hometown By Handlebar has a post about the three big candy companies in Fort Worth.  The last listing is for Martha Washington's Magnolia Ave. location.  The link is to the post is: https://hometownbyha...ar.com/?p=10673

I mentioned this at one of our Forum Meetings in the Spring.  Our landlord is planning to build a movie theater in the parking lot of our building.  The old Levitz Warehouse has a small parking lot in front of the building along Camp Bowie and a very large parking lot on the east side of the building where the entrance to the former furniture store was located.  He hired us (Halbach-Dietz Architects) to design a small 2 screen movie theater to go in the lot between our building and Ties To The Past Antiques on the corner of the block.  The Camp Bowie District Design Standards and Guidelines require 30% of the front facade to have windows, and due to the requirement of a theater to have few windows, we have to present before the Urban Design Commission.  We were hoping that the Planning Staff would permit the 30% of windows to be spandrel glass to meet the requirement, but they finally determined that spandrel glass was not a window.  Therefore, a UDC hearing was required.

The Staff Report can be found here which includes a floor plan of the building:  https://www.fortwort...blvd_waiver.pdf

This is a view of the front facade of the theater:

In some other threads on the forum, I mentioned that I worked on Historic Fort Worth's Preservation Awards for 2022.  The Public Affairs Committee accepts, reviews, and votes on the nominations presented.  After that, the list is forwarded to the organization's Board of Directors for a final vote, additions, or deletions.  Due to Covid-19, the last awards ceremony was held in 2019.  We had a large list this year of 10 people, projects, or houses, due to the gap of 3 years.  Below is the list of our award winners and categories for 2022.

• Jennifer & James Campbell:  For the restoration of their endangered 1916 home at 2260 6th Avenue. - Residential Rehabilitation Award

• League Real Estate: for the adaptation of the 1893 Arthur Albert Messer House at 5220 Locke Avenue into offices for their company - Preservation Project Award

• Justin Newhart:  Fort Worth’s City Preservation Officer who persisted with a department that was short-staffed and underfunded, and still made preservation progress. - Preservation Achievement Award

• Pioneer Tower:  For the City of Fort Worth’s restoration and new lighting of the 1934-36 Pioneer Tower at 3301 West Lancaster Avenue. - Preservation Project Award

• Jeffrey Smith and Debbie Garrett-Smith: For their rehabilitation of the 1936 New Isis Theater at 2401 North Main Street. - Preservation Project Award

• Heather Todd:  The leader and energy behind the establishment of the Wedgwood Historical Association. - Preservation Achievement Award

• Caroline Wright:  The Texas Historical Commission’s lead tax credit staff who has assisted numerous developers of local historic buildings in Fort Worth and throughout the state. Ex. New Isis Theater, Thistle Hill, Hamilton Apartments, and so many other projects. - Preservation Achievement Award