A piece of the pie

Something we've not seen for many years is a likely competition among states for a "piece of the pie." The FWBP article below describes the listing of infrastructure needs across the country for purpose of dispensing funds from the proposed federal legislation.  Back in the 1970s this used to be decried as "pork barrel politics."  At this juncture in our history, however, many believe the need is great.  Fort Worth could use some of this money for its dilapidated roads and bridges.

I find the last paragraph sort of a weak argument not to mention an odd way to end the article.

So if one normally spends 30-minutes commuting by car, you would spend 53.31 minutes commuting on public transportation (30mins x 1.877 = 53.31 minutes)?  That doesn't seem unreasonable even in major cities considering the time it takes to walk to a bus stop, waiting for the next bus, the bus makes frequent stops, possible transfers to another bus or train, and walking or biking to your final destination from the last stop.

In general, I would plan for 300-500% more time commuting on public transportation outside of an immediate downtown area.  For example, if I were to go from the Hulen Mall to Tarrant County Courthouse via car, the fastest route is only 12-mins / 8.4 miles, via bus Google maps says it will take 1-hour, 4-minutes or 533% more time.  Biking would take only 47-minutes or 392% more time than car.

In Berlin, if you go from LIO Lichterfelde (small indoor shopping mall near a regional bus / train station) to the Reichstag government building, by car it is 29-minutes / 9 miles, bus 1-hour, 5-minutes, Deutche Bahn RE Regional Express train is 27-minutes and S-Bahn (city rapid railway) is 30-minutes.  In Berlin, you're rarely ever more than a 10 minute bus ride away from an S-Bahn or U-Bahn station so driving is almost a nuisance within the city.

In Minneapolis for example, if you were to go from the Mall of America to the Hennepin County Courthouse, via car it is 16 minutes / 11.3 miles, bus is 58-minutes, light rail is 42-minutes and bike is 56-mins / 10.1 miles on city streets but with designated bike lanes most of the way per below image. 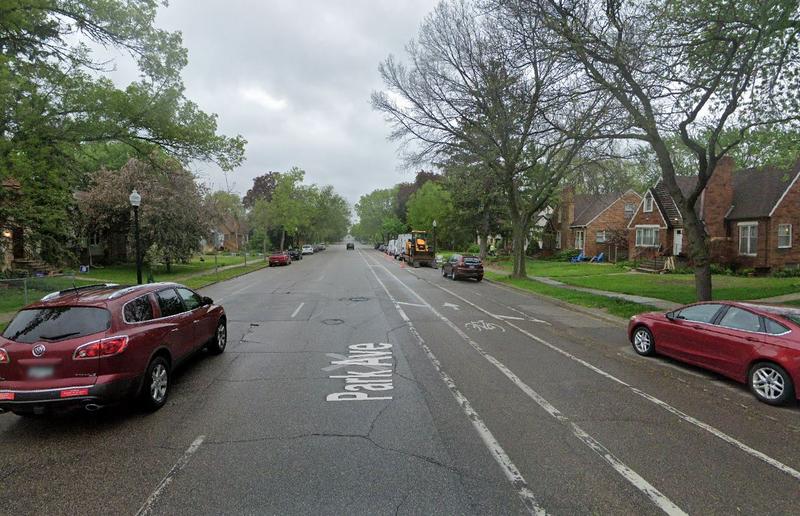 With that amount of money, it's hard to imagine that any area of the country would miss out on getting some projects funded.  Given the timeline on the most recent stimulus package and the expected opposition to this bill, I would expect it to take months of haggling to make it happen unless the Senate and President decide to proceed without a compromise (which is well within their rights if they find a way to do it within the rules).