Back in May, Historic Fort Worth, Inc. put the City's Preservation Department on its Endangered List to try to get the city to hire more preservation planners for the department.  Evidently, it worked.  Instead of trying to list all of the statistics, I'm providing a link to an article in the Fort Worth Report on the topic.  They have all of the statistics that HFW discovered in our search about preservation departments in other cities in Texas.

Back when I was Chairman of Historic Fort Worth, I met with our former Mayor, and I was told that preservation was the lowest on the list of priorities.

After this week's heavy rains, which caused localized flooding, the Star-Telegram published an article about the City purchasing two more duplexes in Arlington Heights for Flood Control.  In that article, a link was posted to the new Preliminary Flood Maps.  I thought I would give the link to the forum, so they could review the maps and possibly comment.  The maps are broken down by City Council Districts.

Engagement opportunities are scheduled for 2 p.m. and 6 p.m., both at the Central Library Chappell Meeting Room, 500 W. Third St.  Below is the link to the City's Webpage on the creation of this new zoning district:

An F5 Tornado went through Downtown Waco on May 11, 1953.  It destroyed many of the loadbearing masonry/wood framed buildings built in the late 1800s.  Other structures were also so badly damaged they had to be demolished.  In that year, my aunt worked at Cox's Department Store on the corner of Austin Ave. and N. 7th St. The building partially collapsed around her.  Waco actually had several branches of DFW department stores.  At one time, they had Cox's, Monnig's, and Sanger's.  Before 1953, Waco had a very dense downtown area, but now, more than 50 years later, the blocks and lots where buildings were destroyed, most are occupied by surface parking lots.

I arrived in town in the afternoon, so some of the buildings have a lot of shadow on them.  Let's start with the McLennan County Courthouse.  It was designed by James Riely Gordon and opened in 1901.  He designed 18 Texas Courthouses, and 12 of them still survive.  A couple of local courthouses that he designed in the Romanesque Style are the Ellis and Wise courthouses in Decatur and Waxahachie. 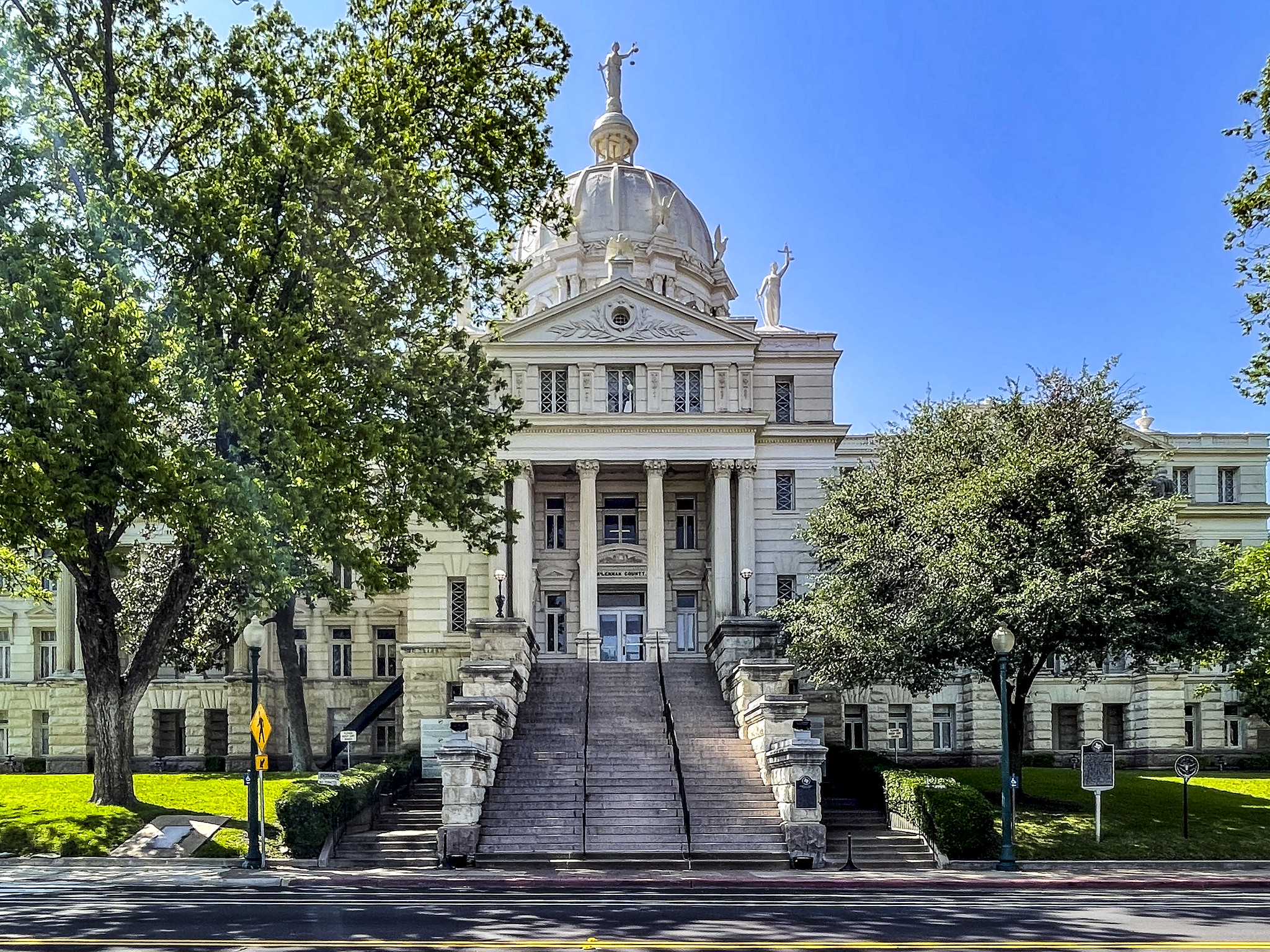 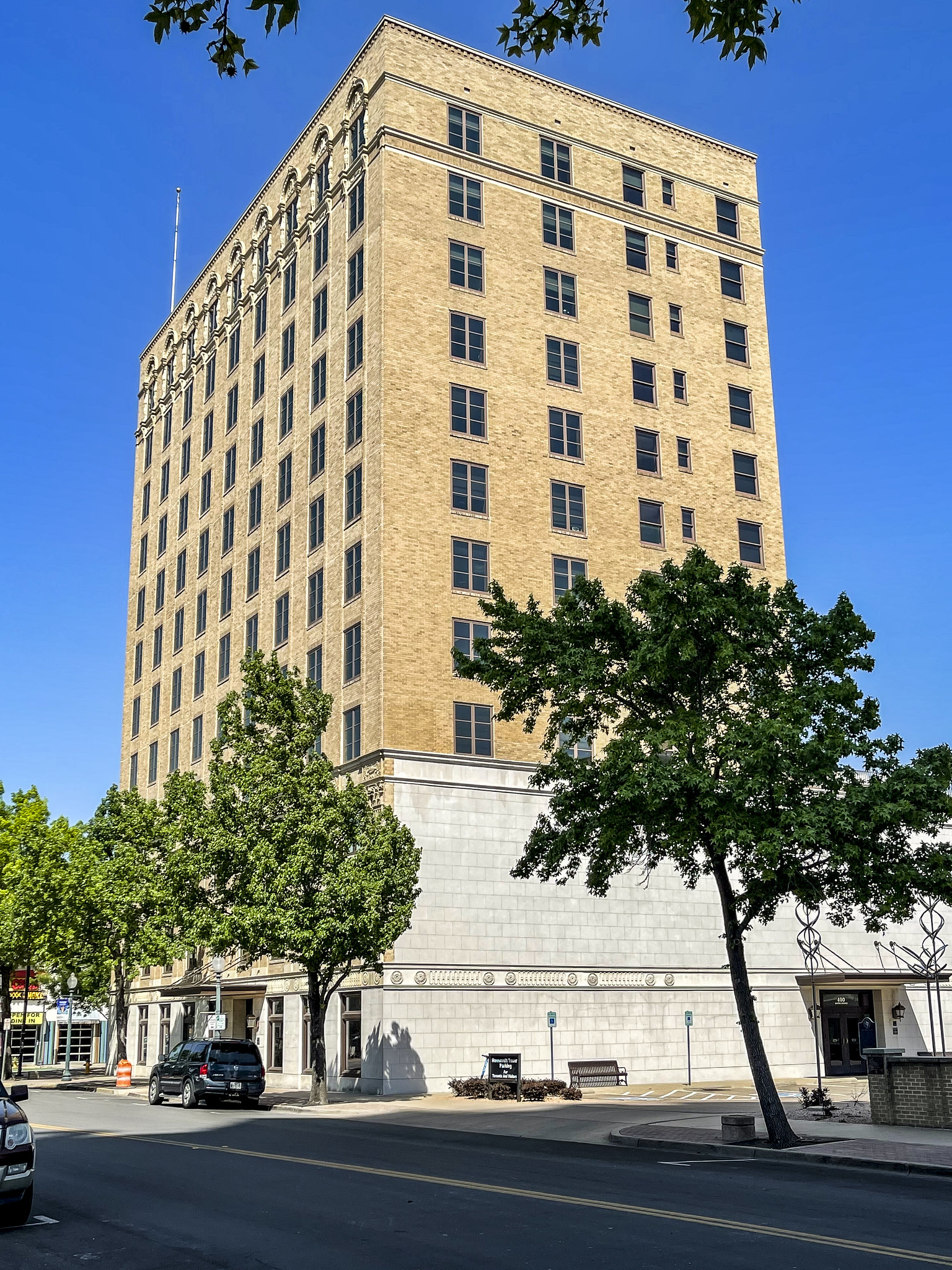 This is an artsy photo of the ALICO Building, the state's tallest when it opened in 1911.  The original base was removed in 1966 and replaced with a facade that matched the design of the Austin Ave. Pedestrian Mall.  The huge 15' neon letters were also placed on the building in 1966. 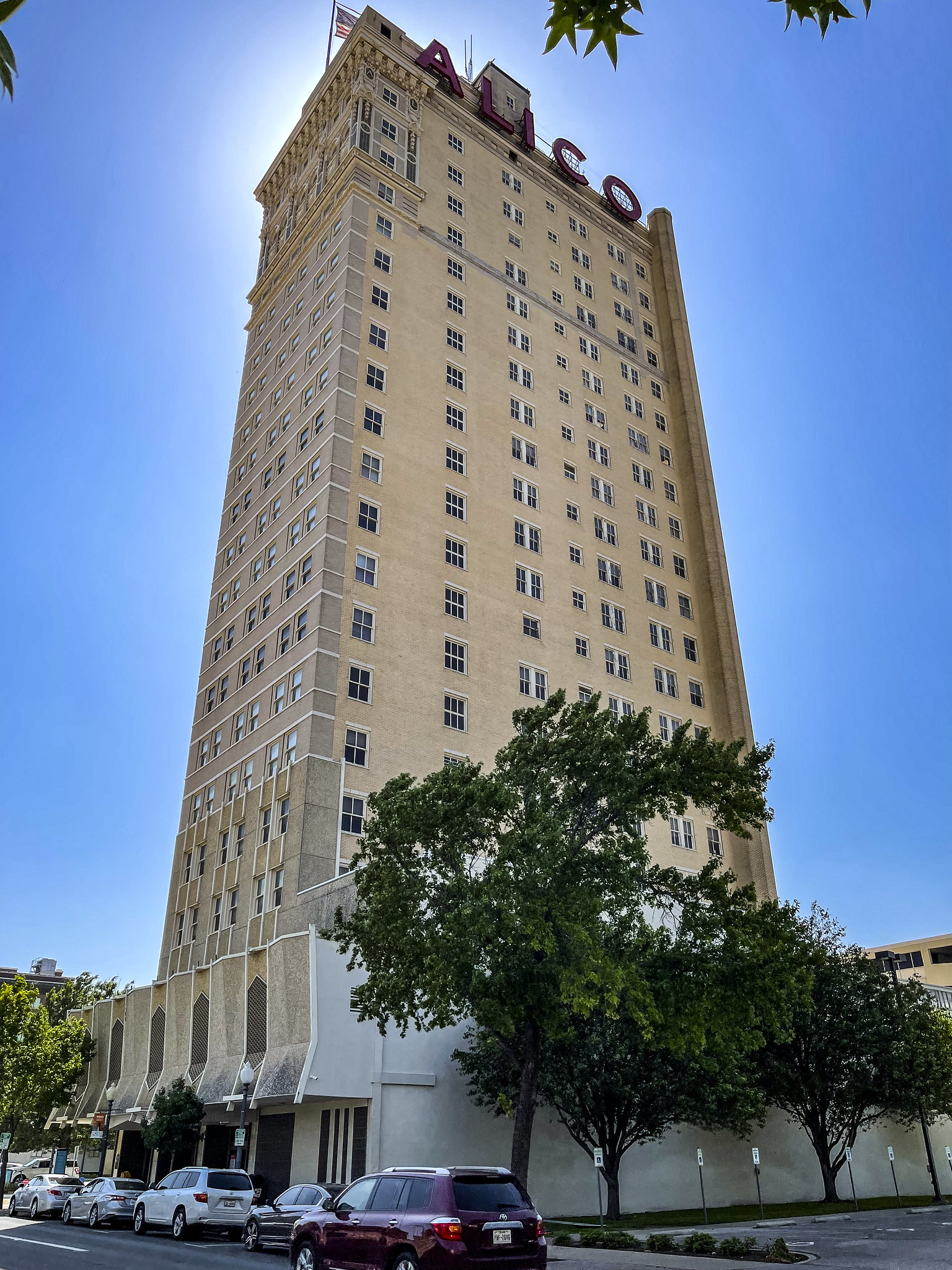 View of one of the main facades of ALICO.  Does this building remind you of any in Fort Worth?  It was designed by Sanguinet & Staats, and built for the Amicable Life Insurance Co.  If you look carefully, the shields between the windows on the 21st floor also spell out ALICO on this side of the building.  On the short side (actual front) there are only four columns, so the letters only say ALIC. 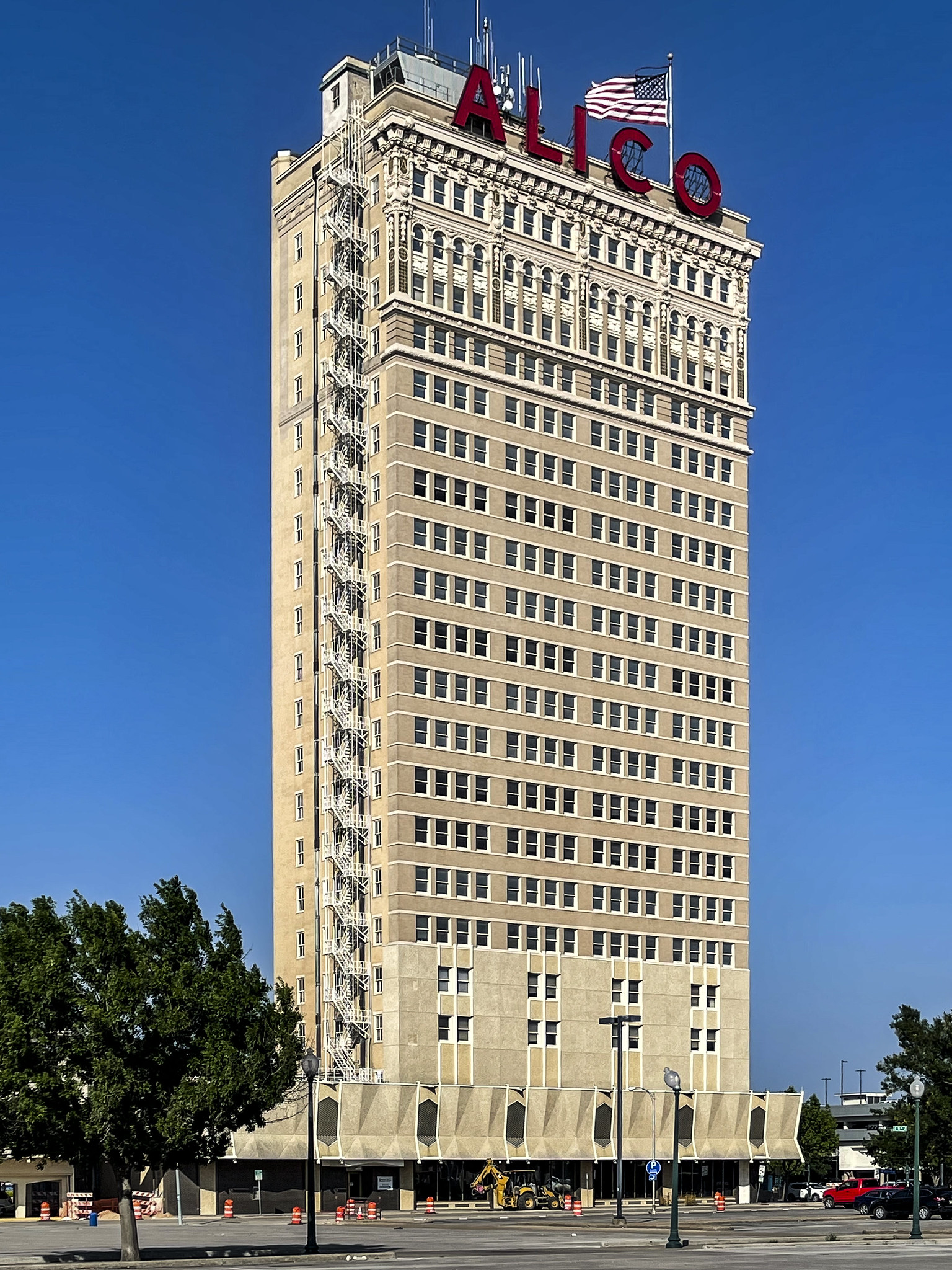 My walk was basically down Austin Ave. for a few blocks.  This is a view of the 500 Block. 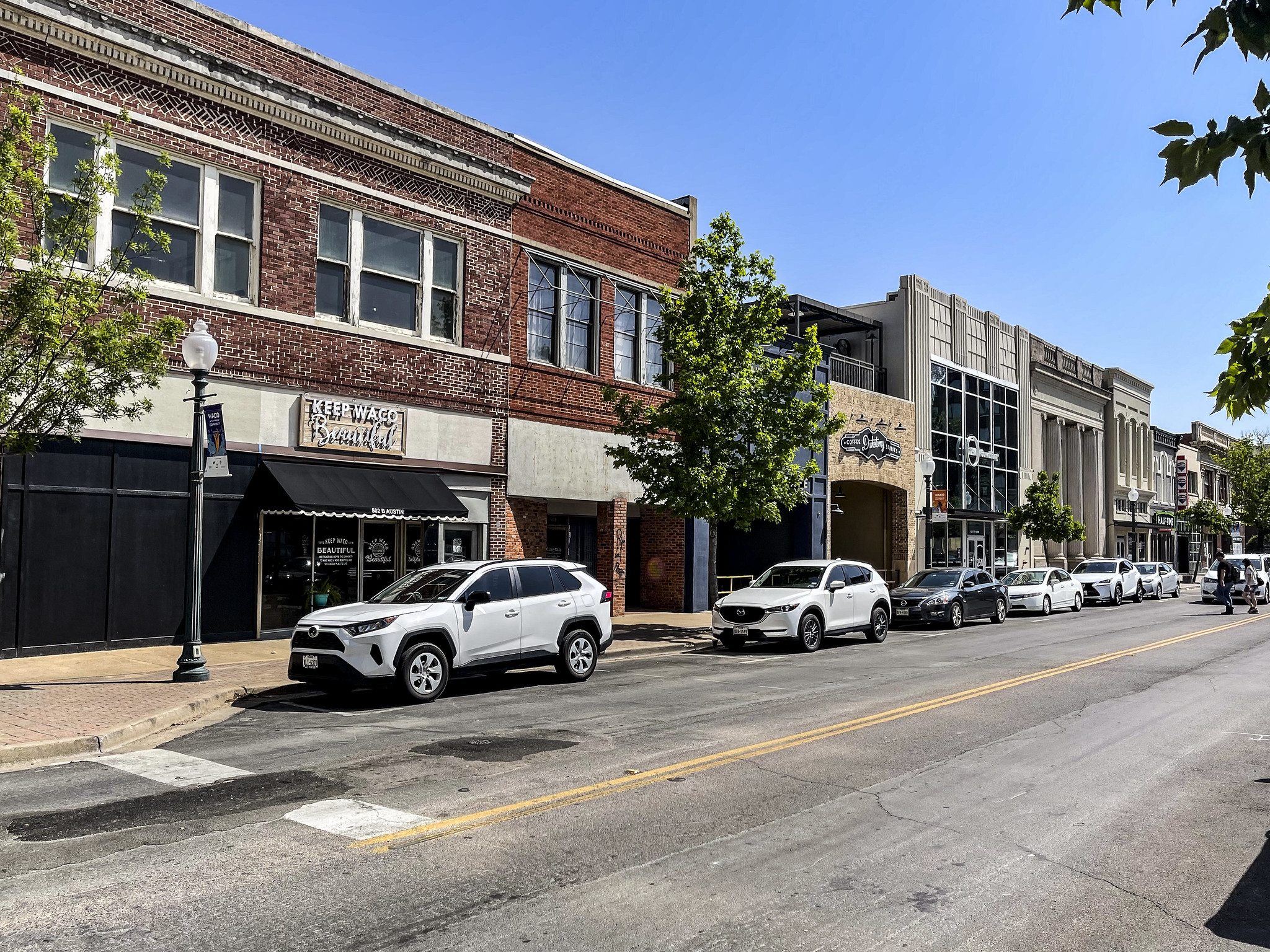 In the middle of that block is a historic bank.  The main Neo-Classical facade is fully intact.  To the left, the Art Deco addition has been reimagined into a co-working space.  The building to the right was the Strand Theater at one time. 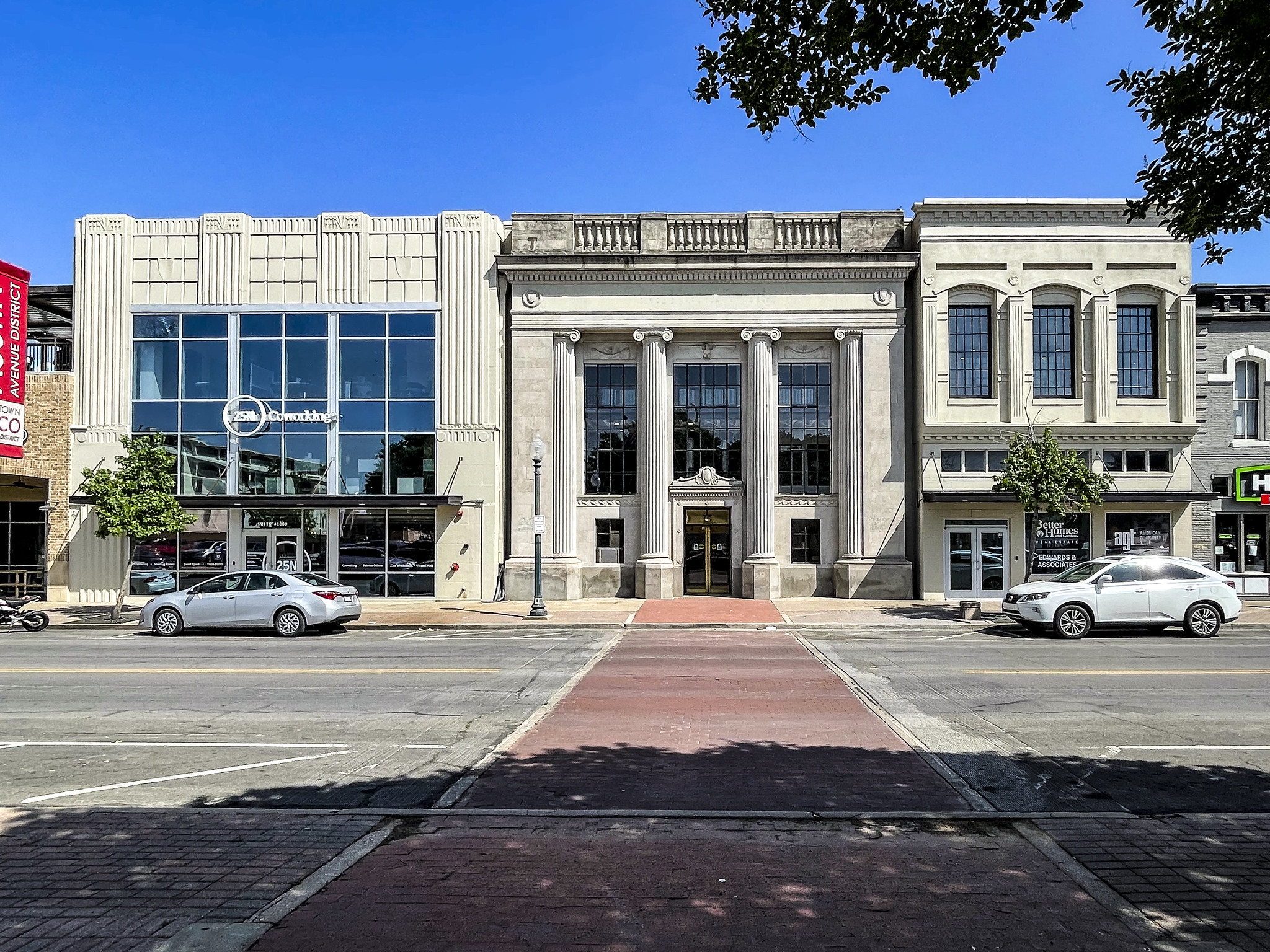 In the 600 Block of Austin, we have an old JCPenney Store and the three story former McCrory's with the ghost sign.  The McCrory's building appears to have some significance, and is old.  Unfortunately, most of the side of the building has been stuccoed over.  The rear portion of it has a different window pattern, and may have been an addition. 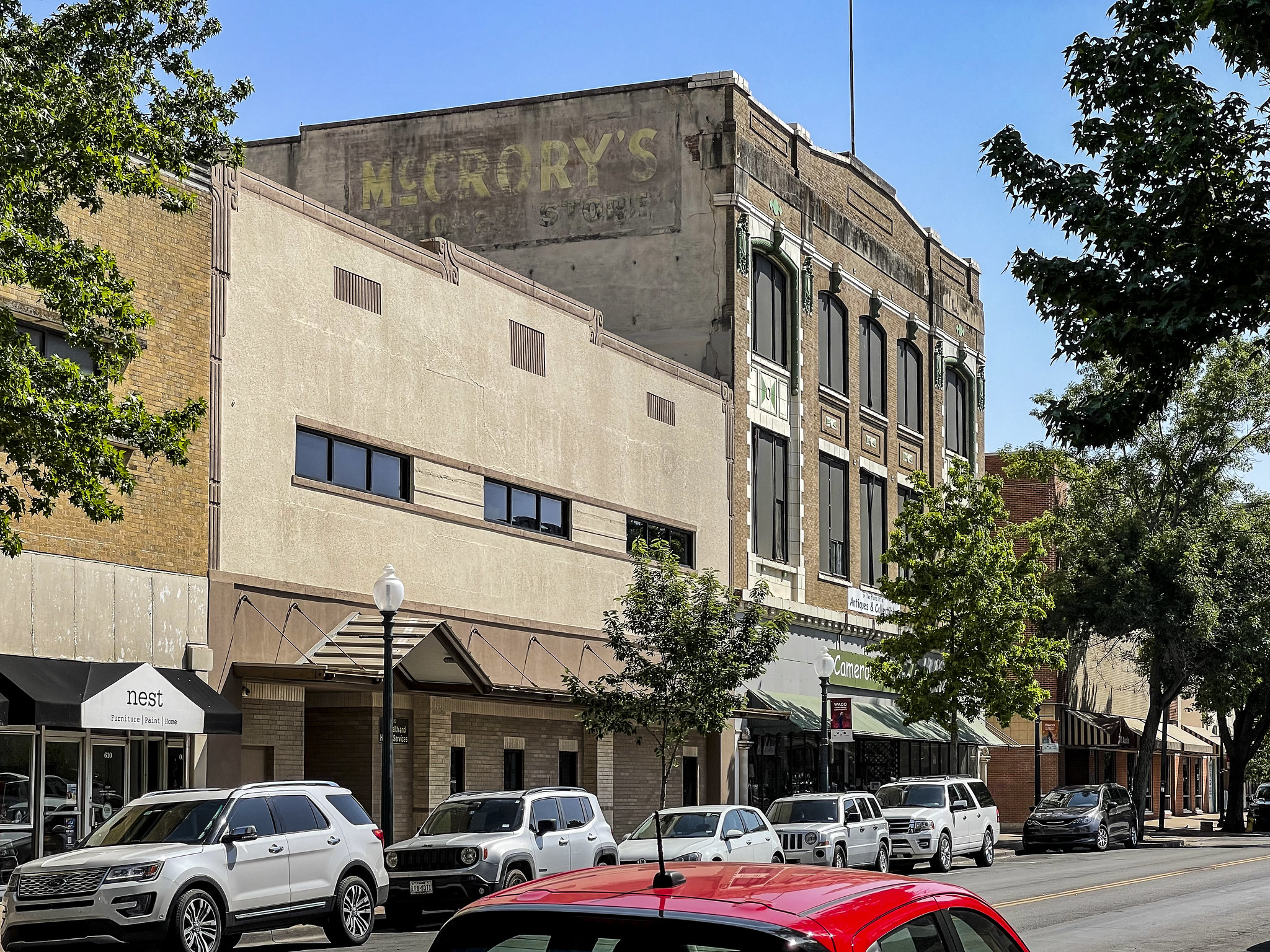 This is the side of the McCrory's Building.  You can see how that facade has been covered over, leaving one bay with the exposed brick. 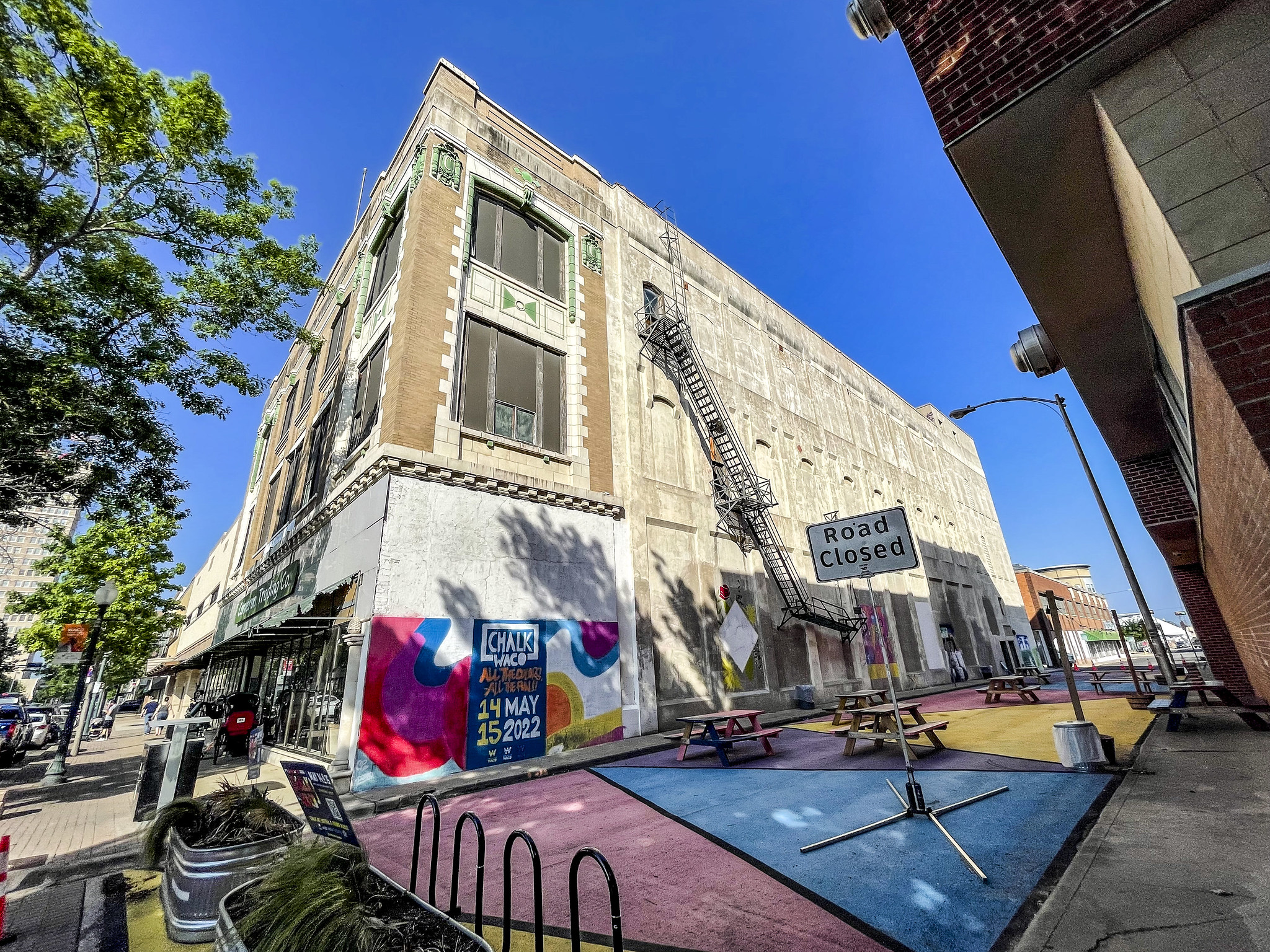 In the next block are the 714 Lofts and the Waco Hippodrome Theater.  It opened in 1914 as the Hippodrome Theater.  In 1928 a major fire occurred in the projection booth that destroyed much of the front of the building.  It was rebuilt and redesigned with a Spanish Colonial Revival Style facade in 1929 and was renamed the Waco Theater.  The current blade sign is a replica of the incandescent "Waco" sign.  However, if you look at historic photographs, you can see that the earlier sign extended above the roof line.  In the 1940's it was replaces with a neon version that was approximately the same size.  This newer version is smaller than the other two. 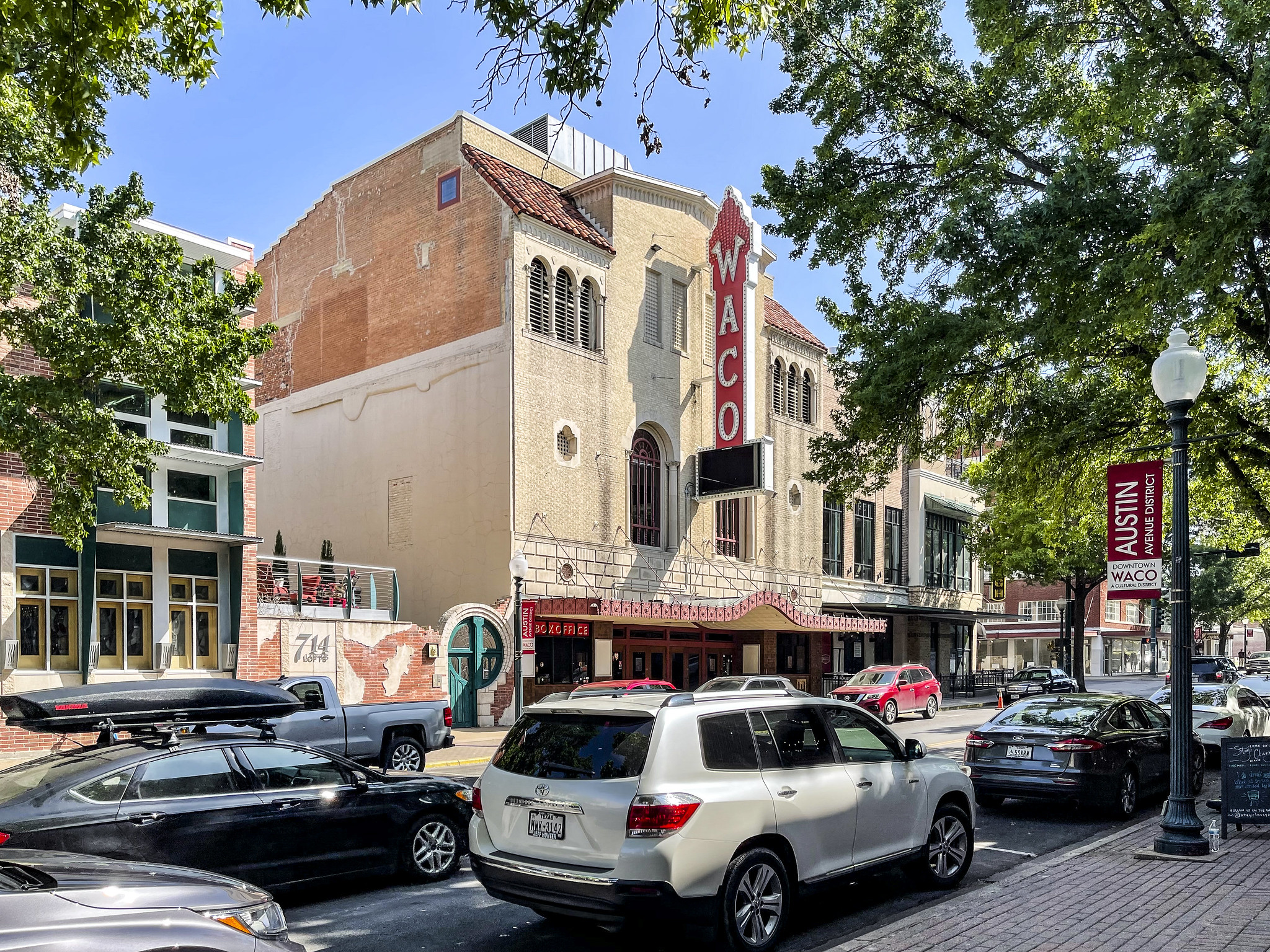 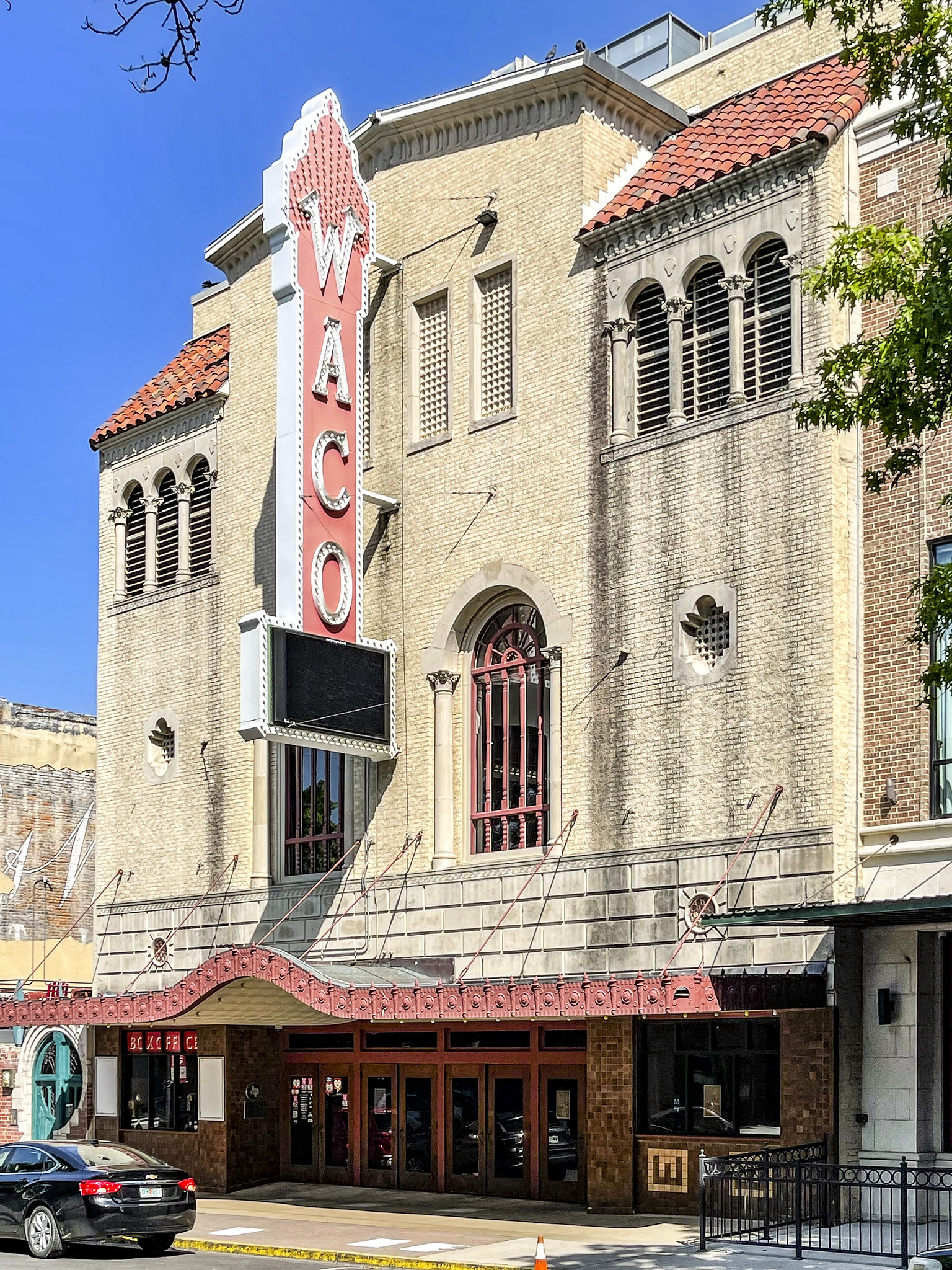 In the next block on the corner of Austin and S. 8th is this restored building: 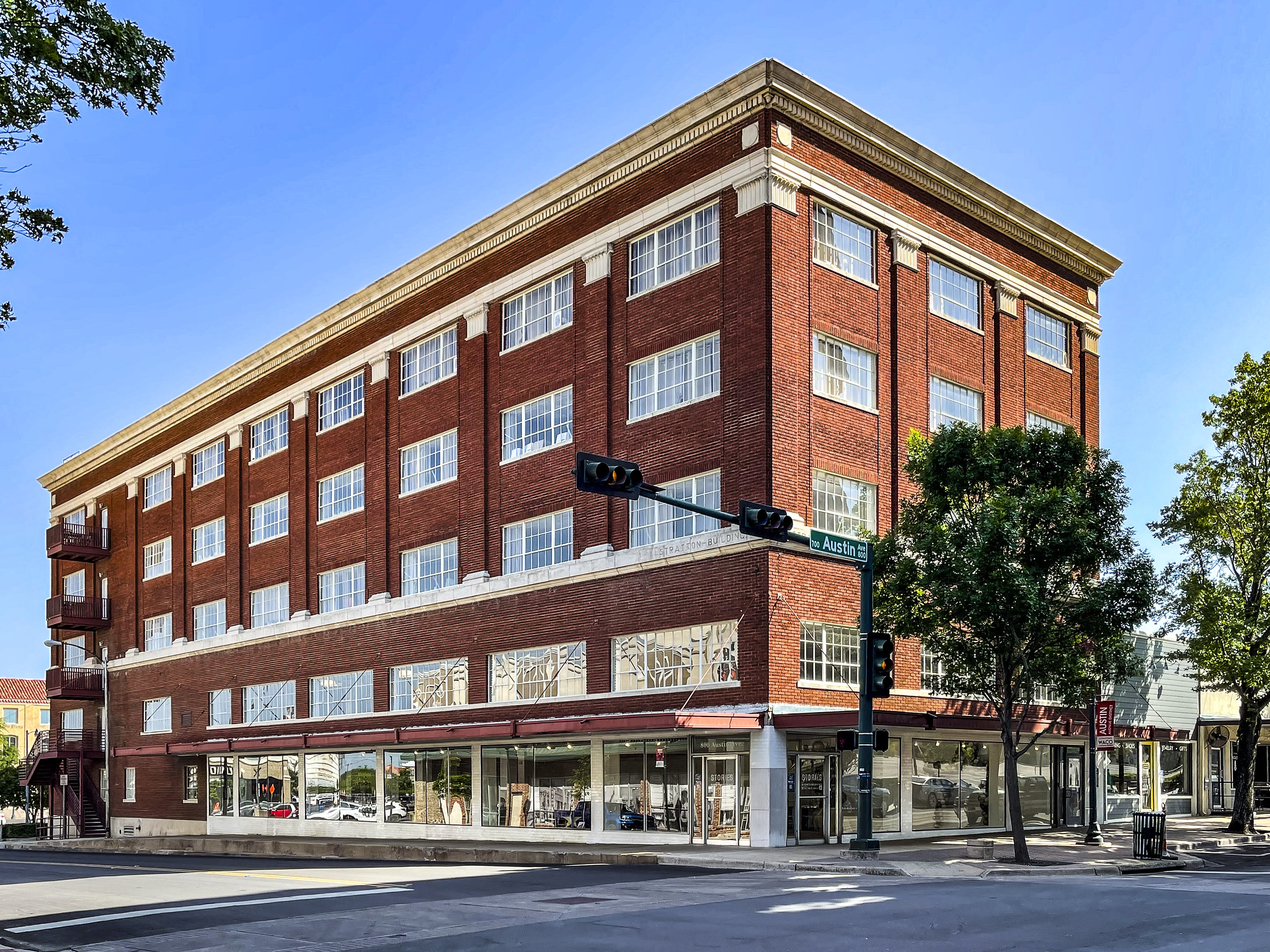 Now, I'm heading back up the street and this is the other side of the 700 Block of Austin Ave.  The tall brick building is the old Raleigh Hotel.  It has now been converted into an office building. 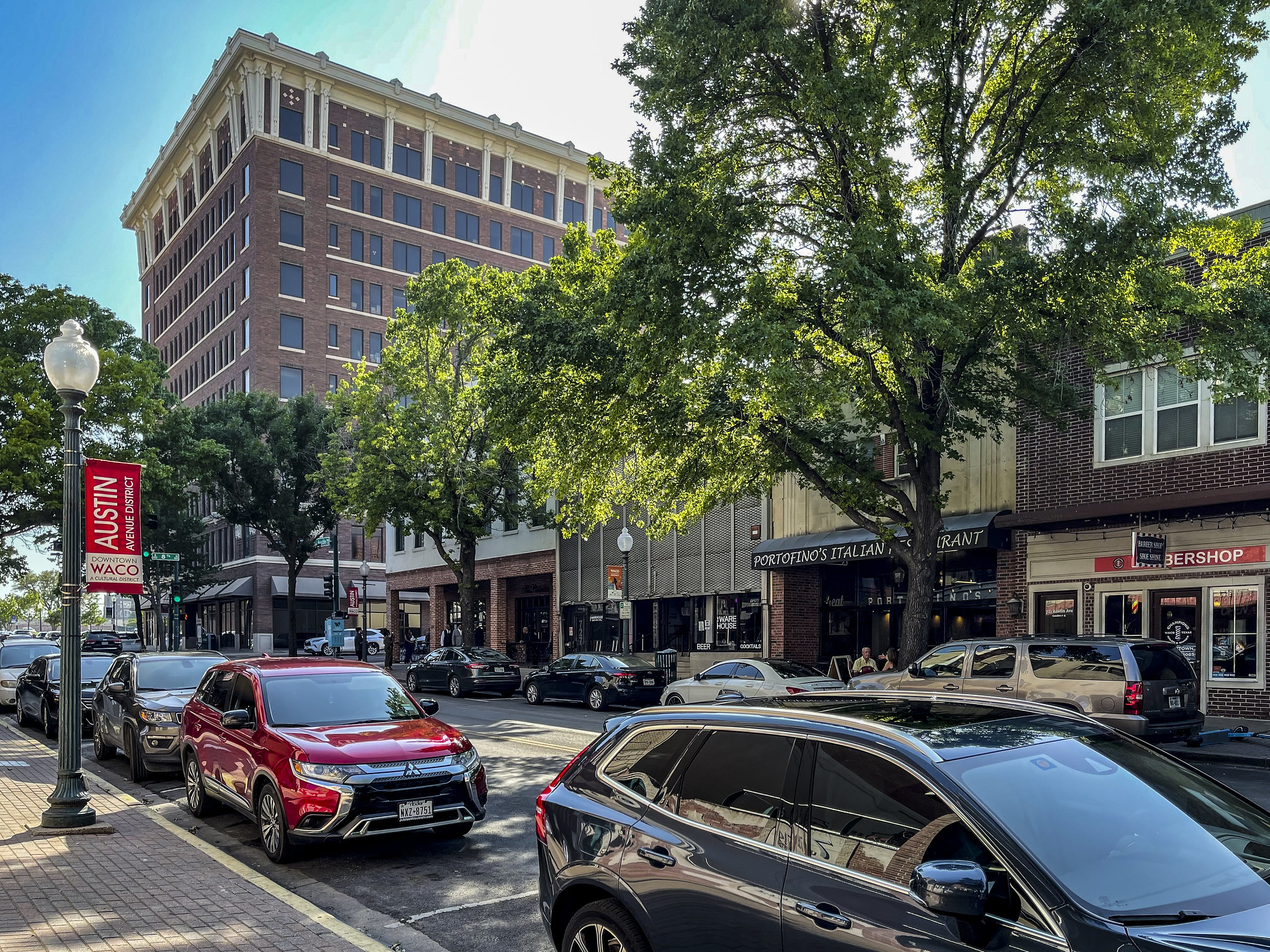 Further along in the 700 Block is The Edison. 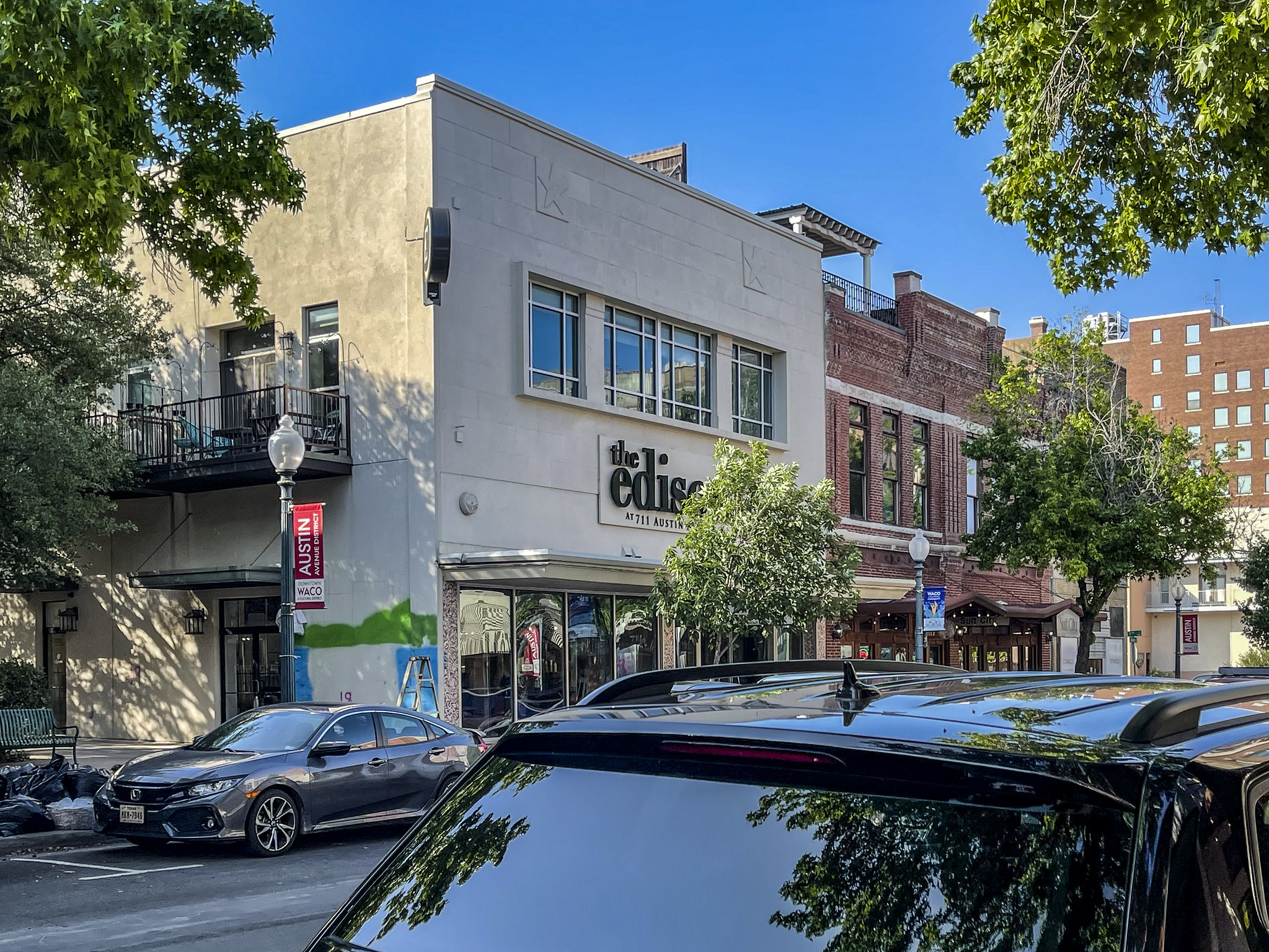 This is the site of the old R.E. Cox & Co. Department Store.  All that is left of the building are the 3 mosaic tile entryways. 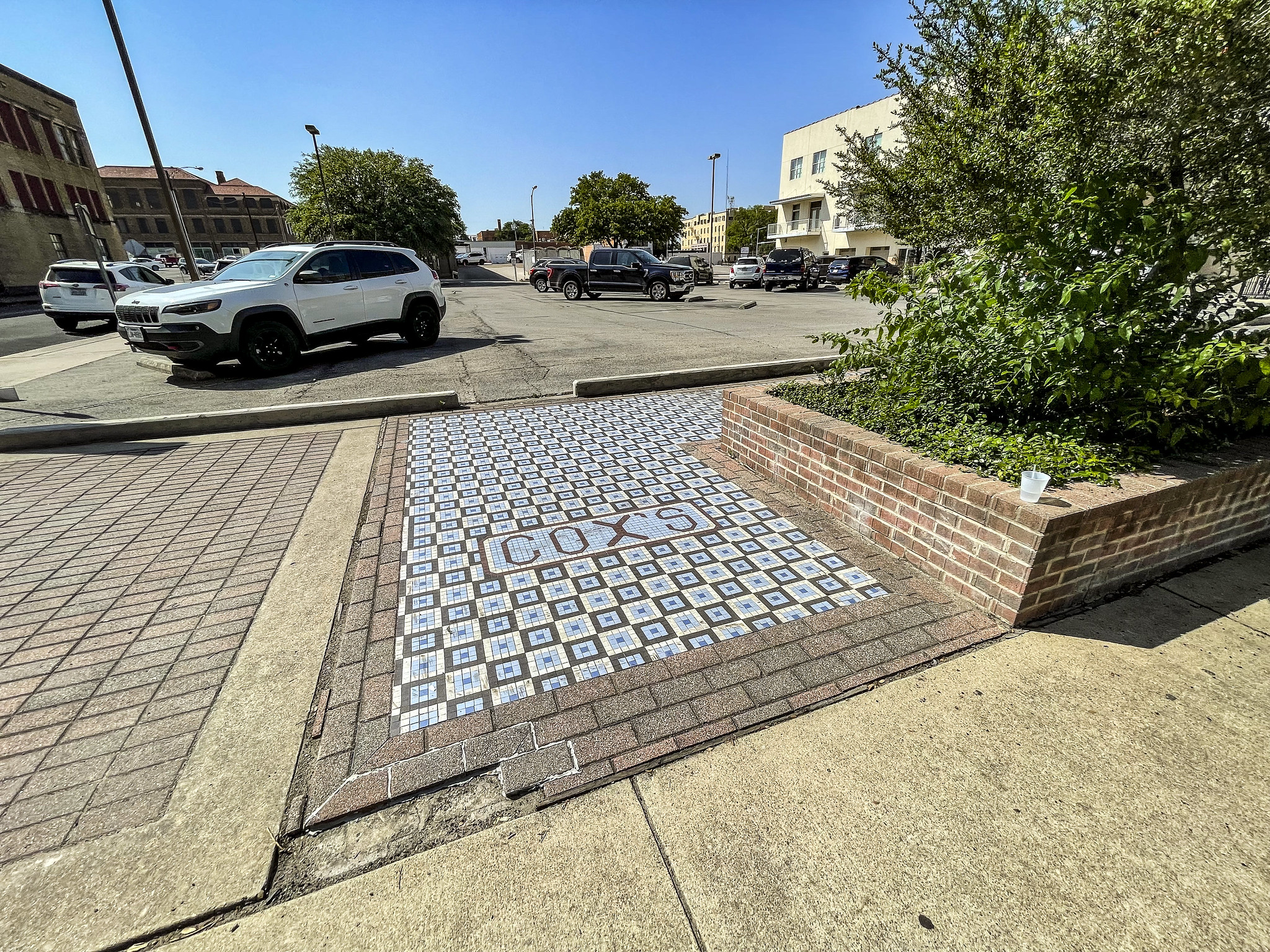 In the same block are the Kress, Woolworth, and Liberty Buildings.  ALICO is behind. 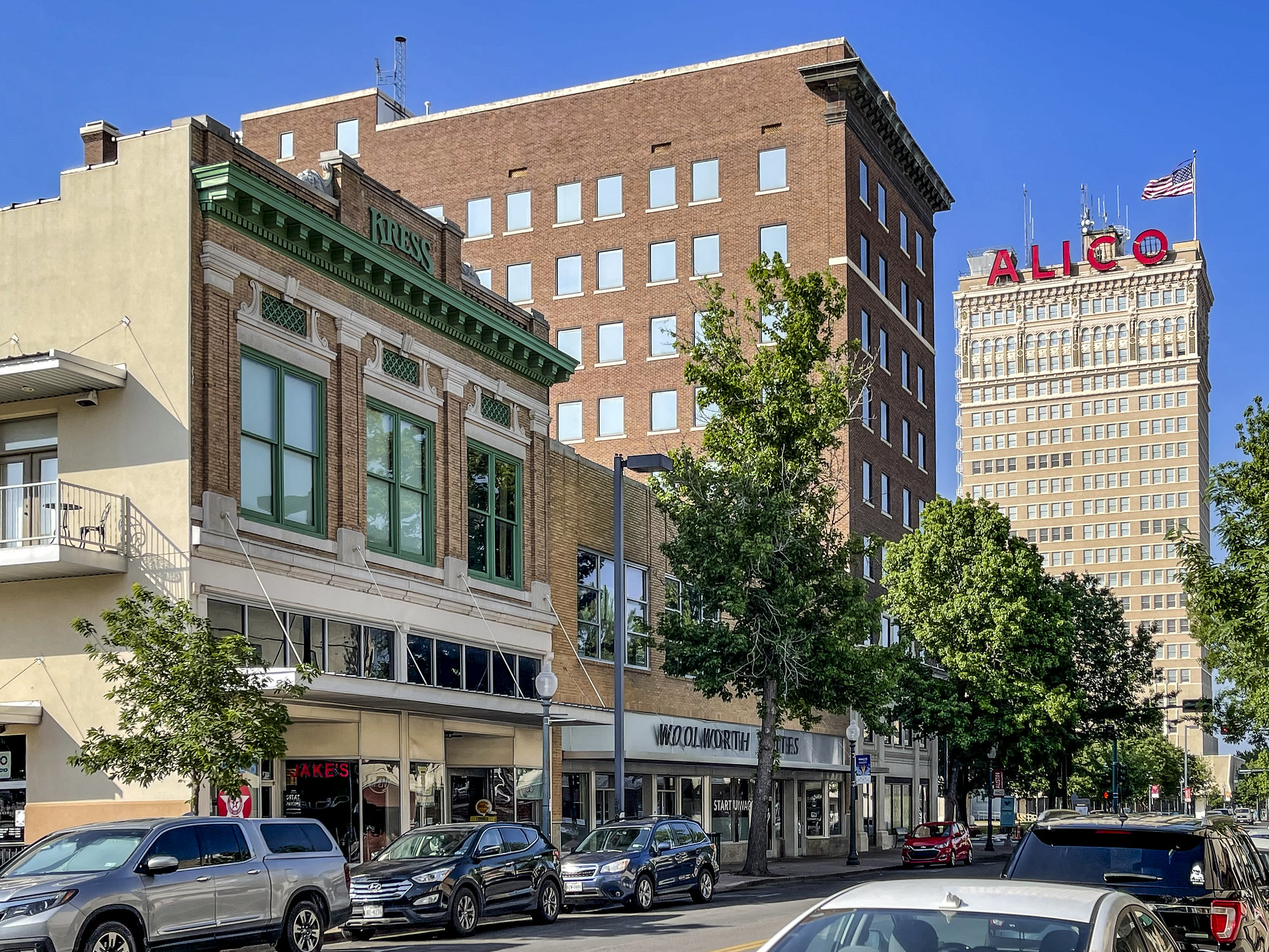 Finally, I ate lunch at Union Hall which is an adaptive reuse of two historic automobile buildings.  It is a modern Food Hall that was bustling with patrons on Saturday afternoon.  I had a 1/3 lb. cheeseburger at Whizzbang's Hamburgers.  The meat and vegetables were extremely fresh. 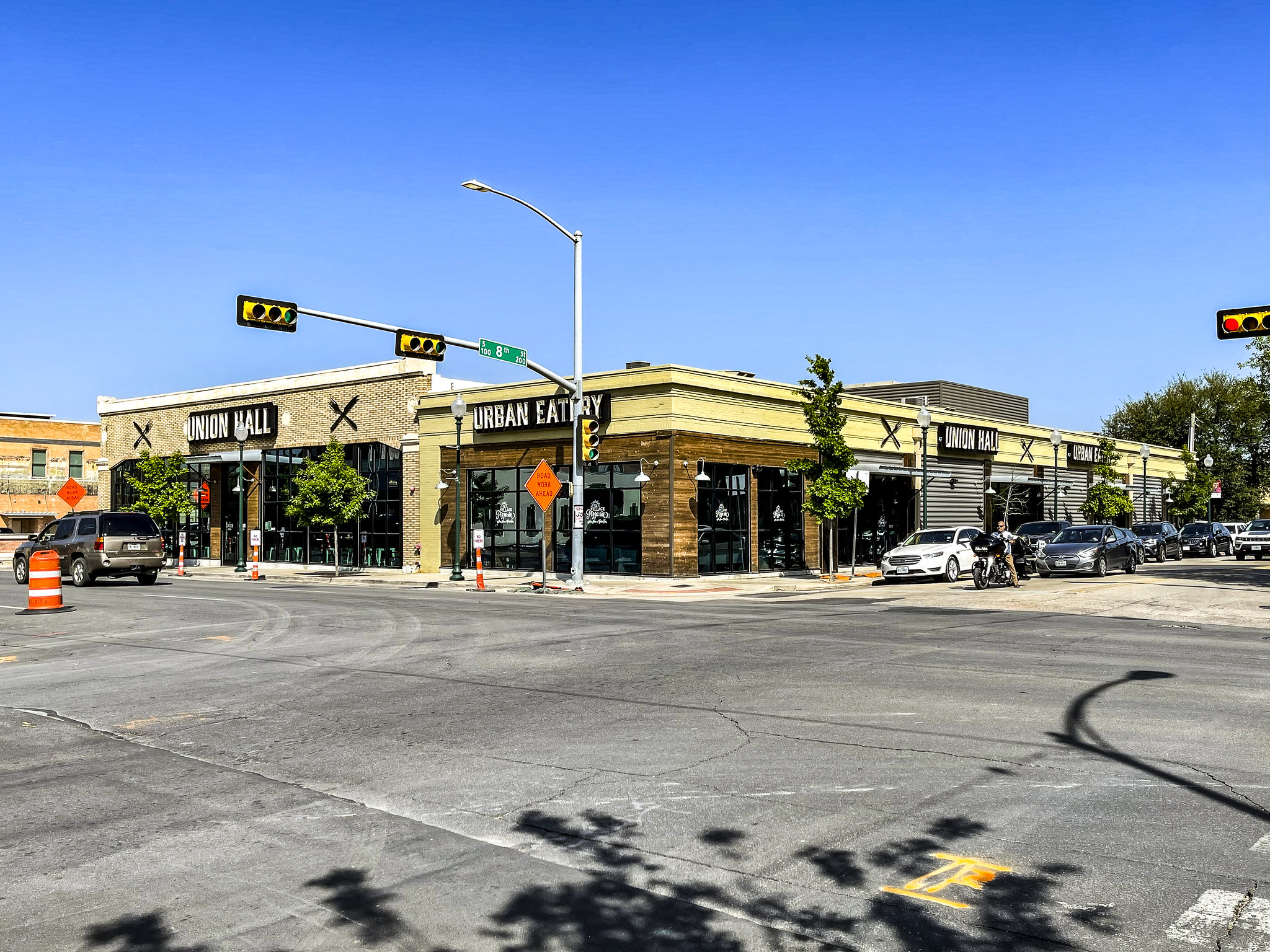 On Saturday, I visited two Texas cities to the south of us.  The first was Hillsboro, which is the next county seat south of Cleburne.  On New Year's Day, 1993, the courthouse burned in a major fire which left only the stone walls standing.  It was rebuilt and was rededicated on April 24, 1999.  The building was built in 1890, and was designed by W.C. Dodson.  The architectural style is Second Empire, belonging in the period of Victorian Architecture.  If the building looks familiar, Dodson designed the Hood County Courthouse in Granbury and the Parker County Courthouse in Weatherford.  Below are four photos of the Hill County Courthouse.

View of building through the trees from the north: 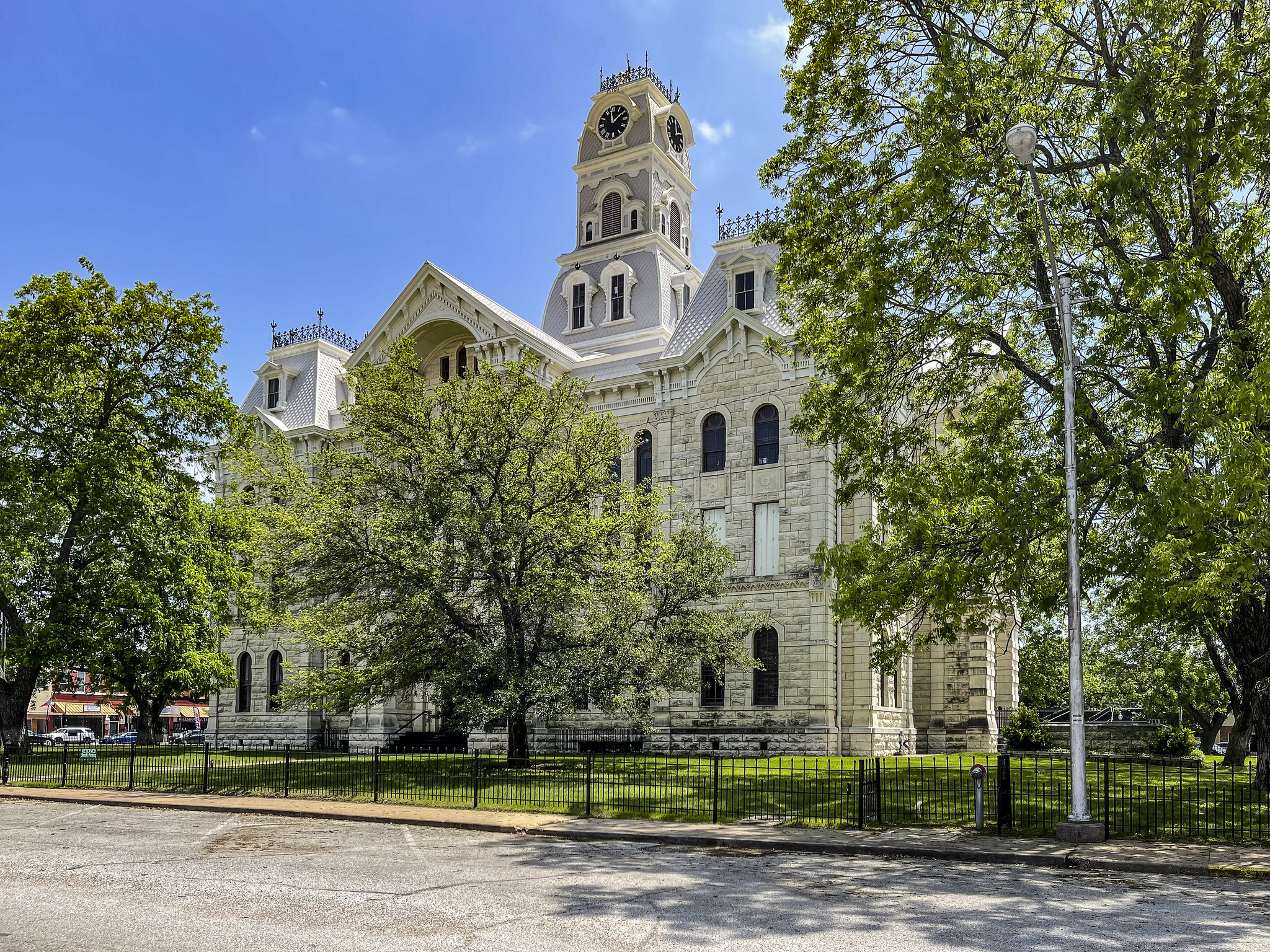 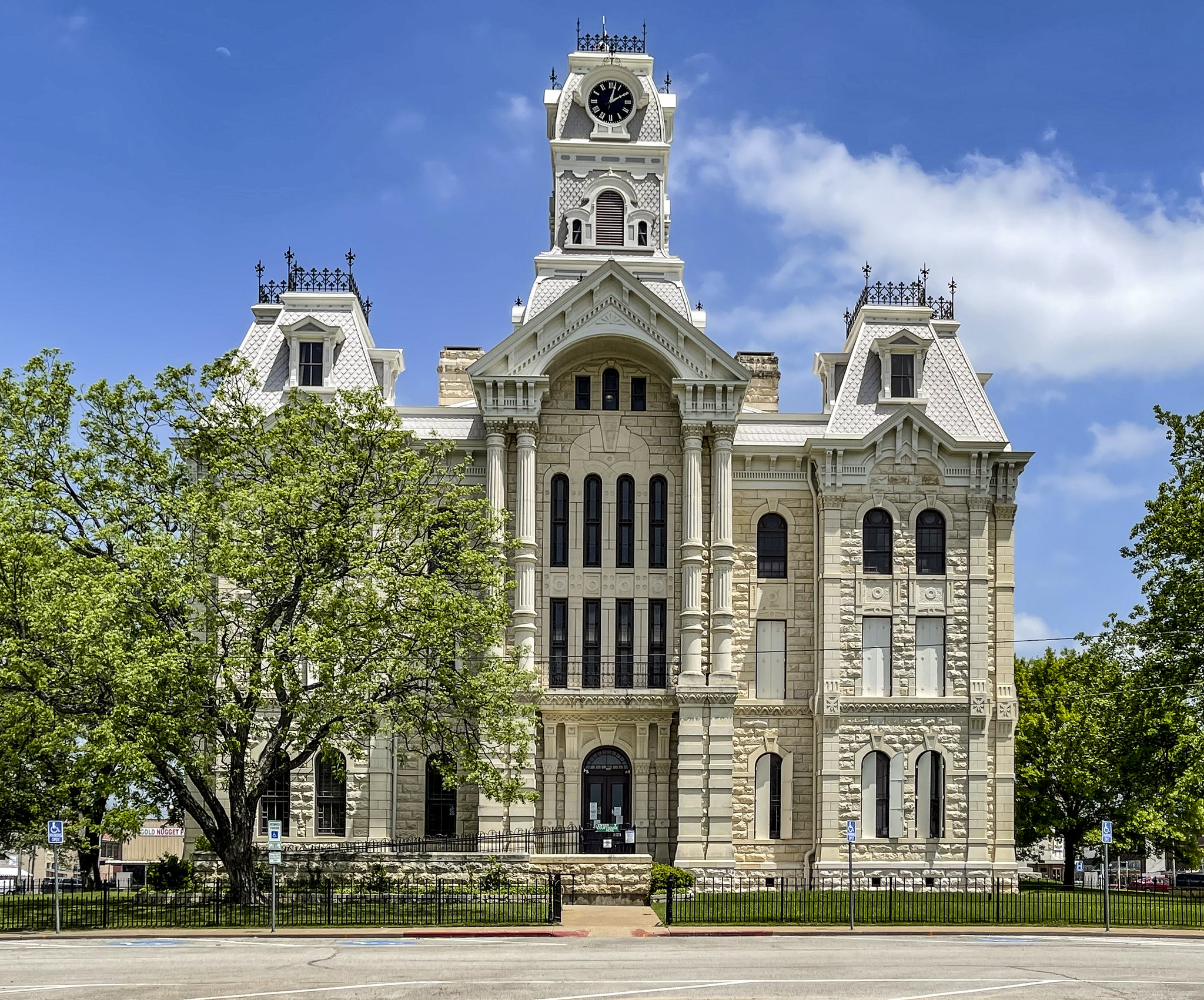 View from the Southwest: 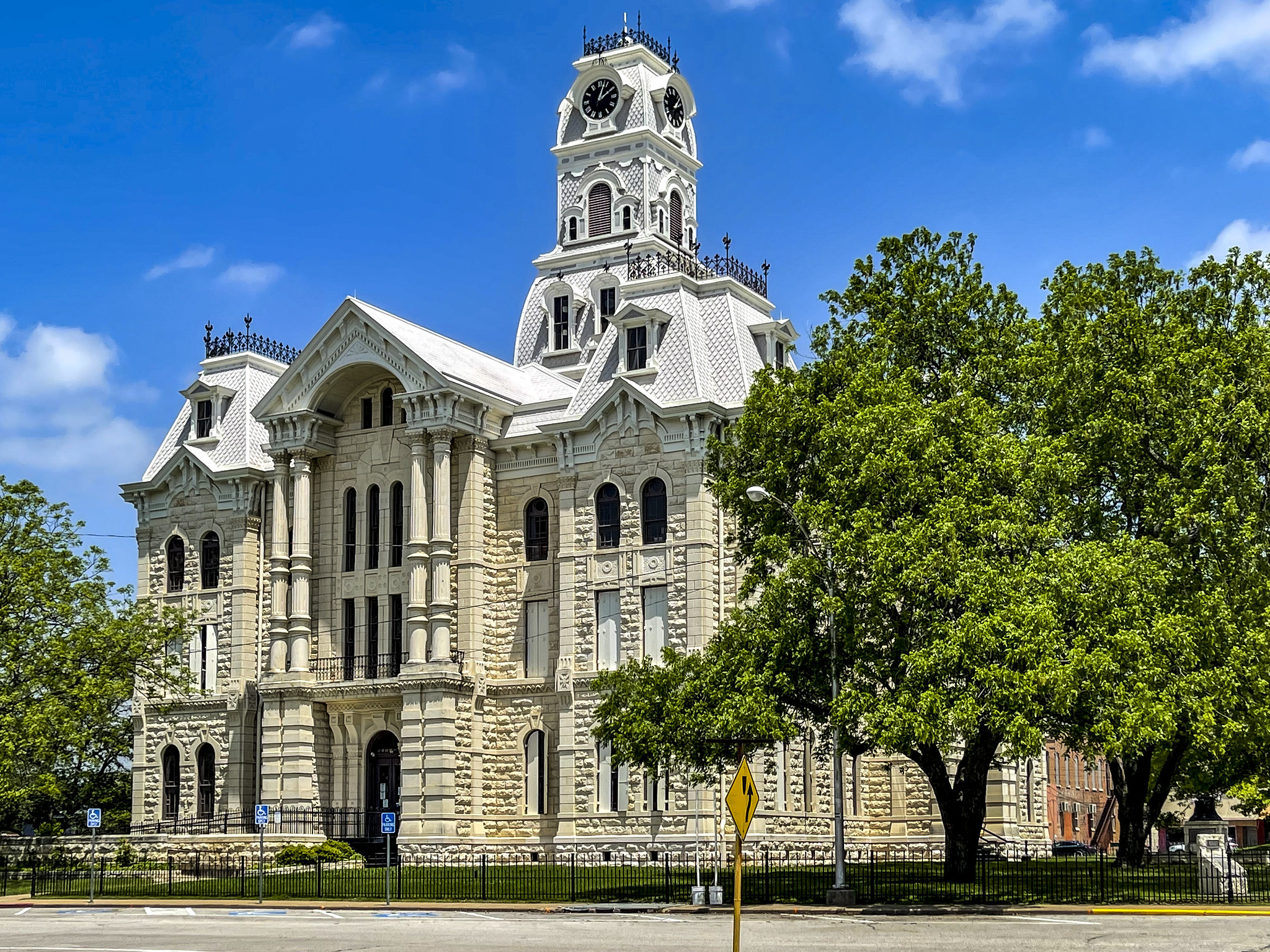 The blocks in Hillsboro are all very large and the ones around the Courthouse Square are divided into quarters by alleys.  The front of the Courthouse is actually on Waco Street and this alley hits the Courthouse on axis with its front entrance. 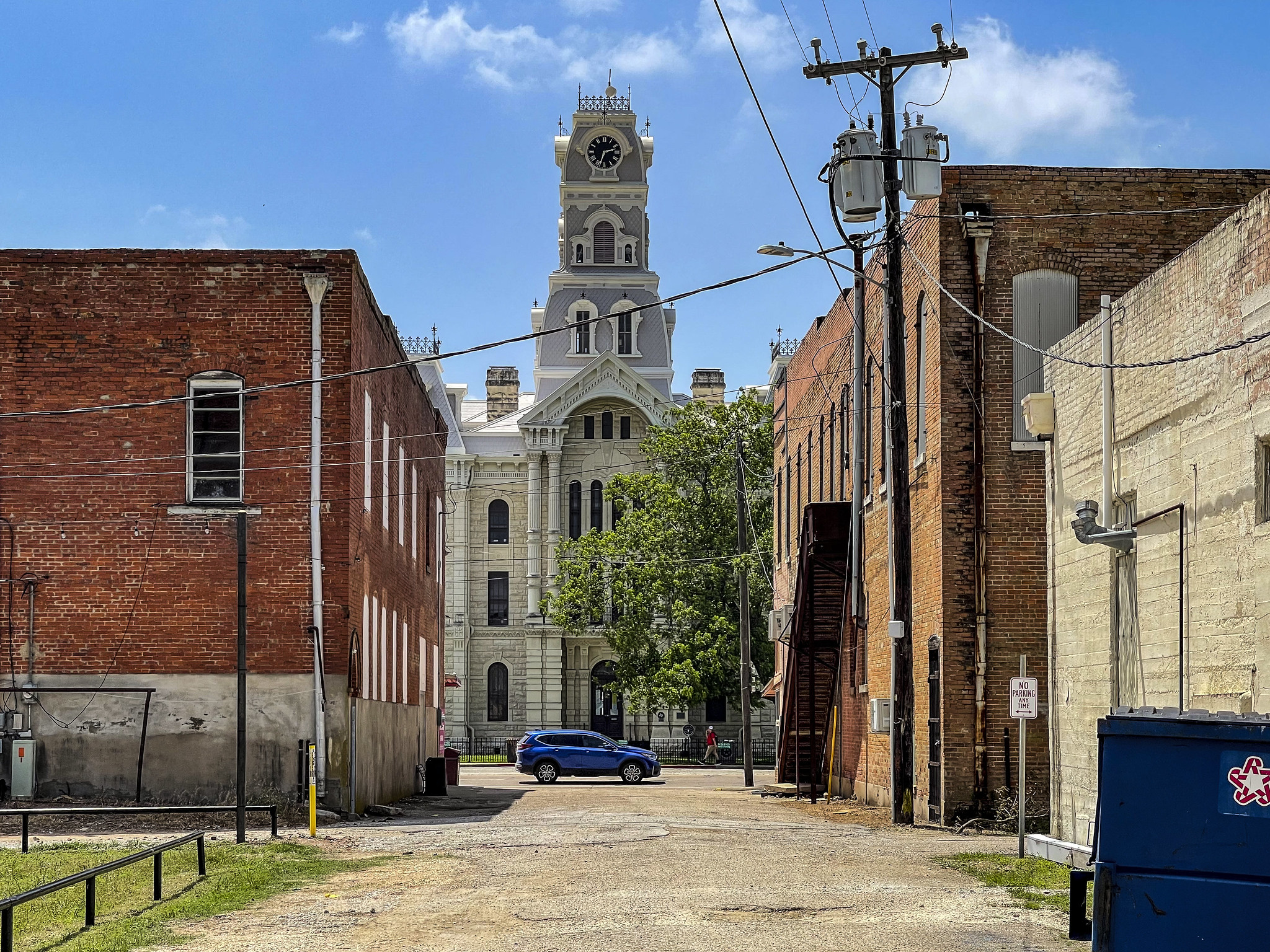 The Courthouse Square has several historic buildings.  This is an old Montgomery Ward store on the north side of the square. 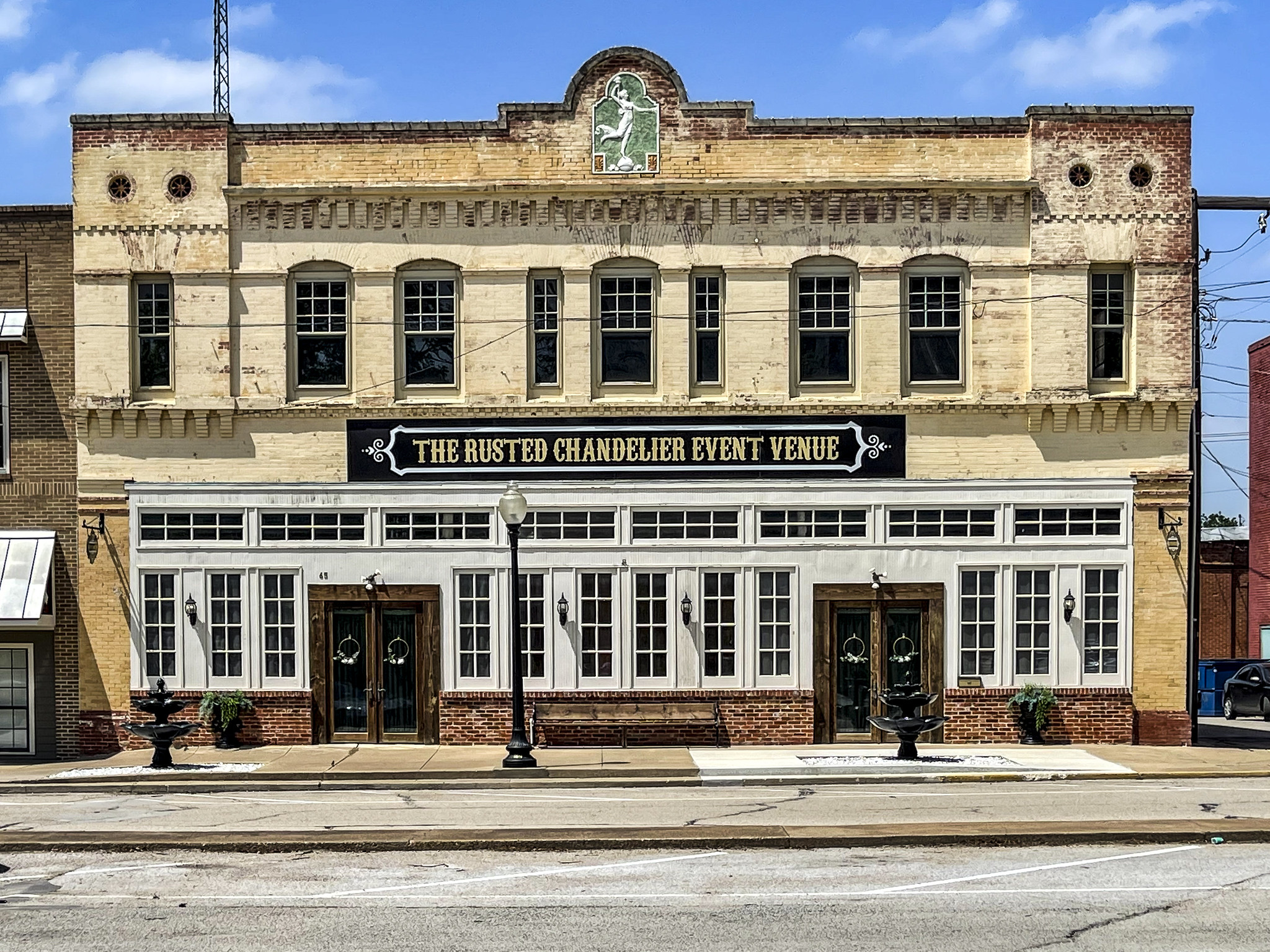 South side of the Square: 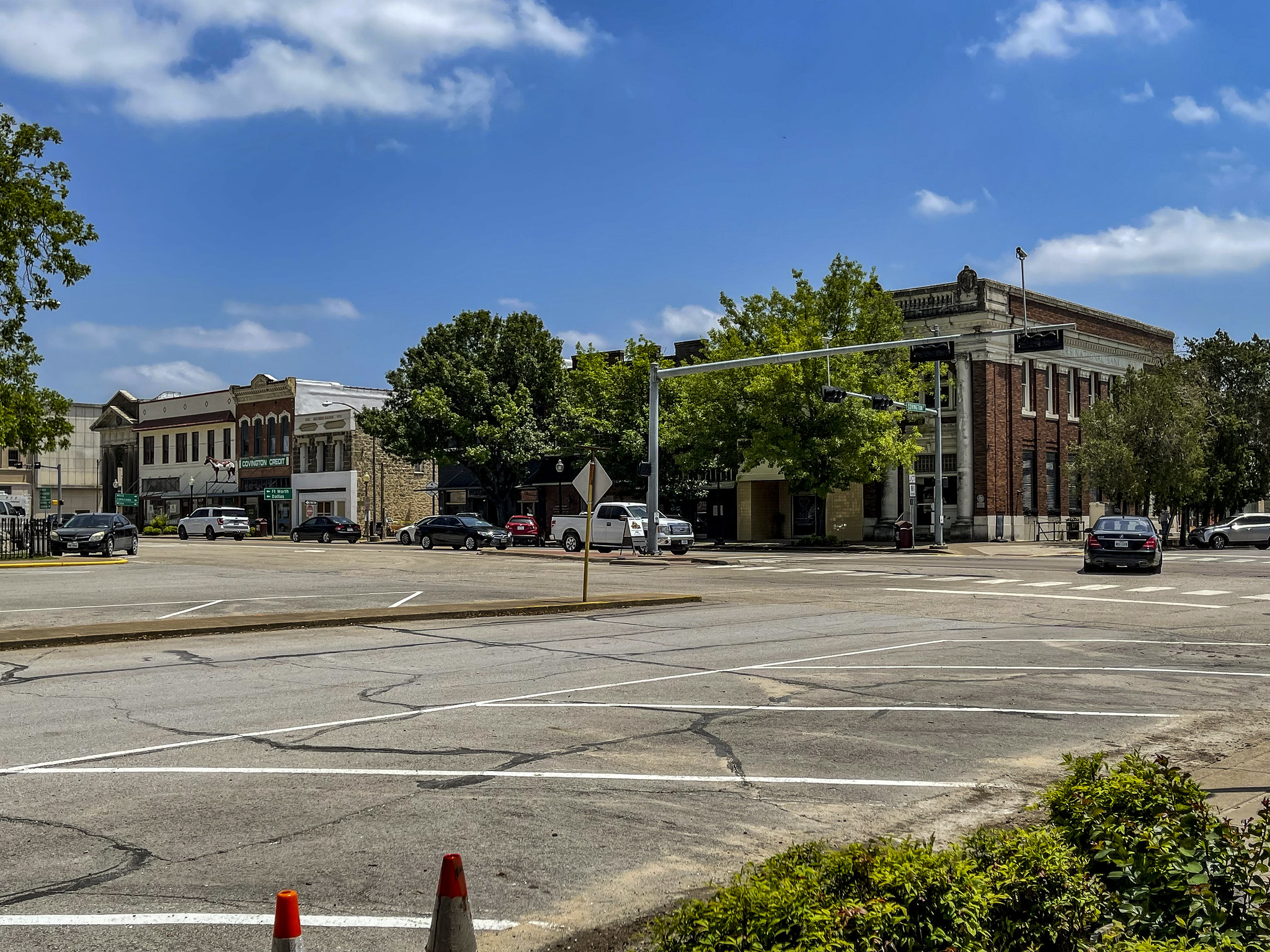 East side of the Square: 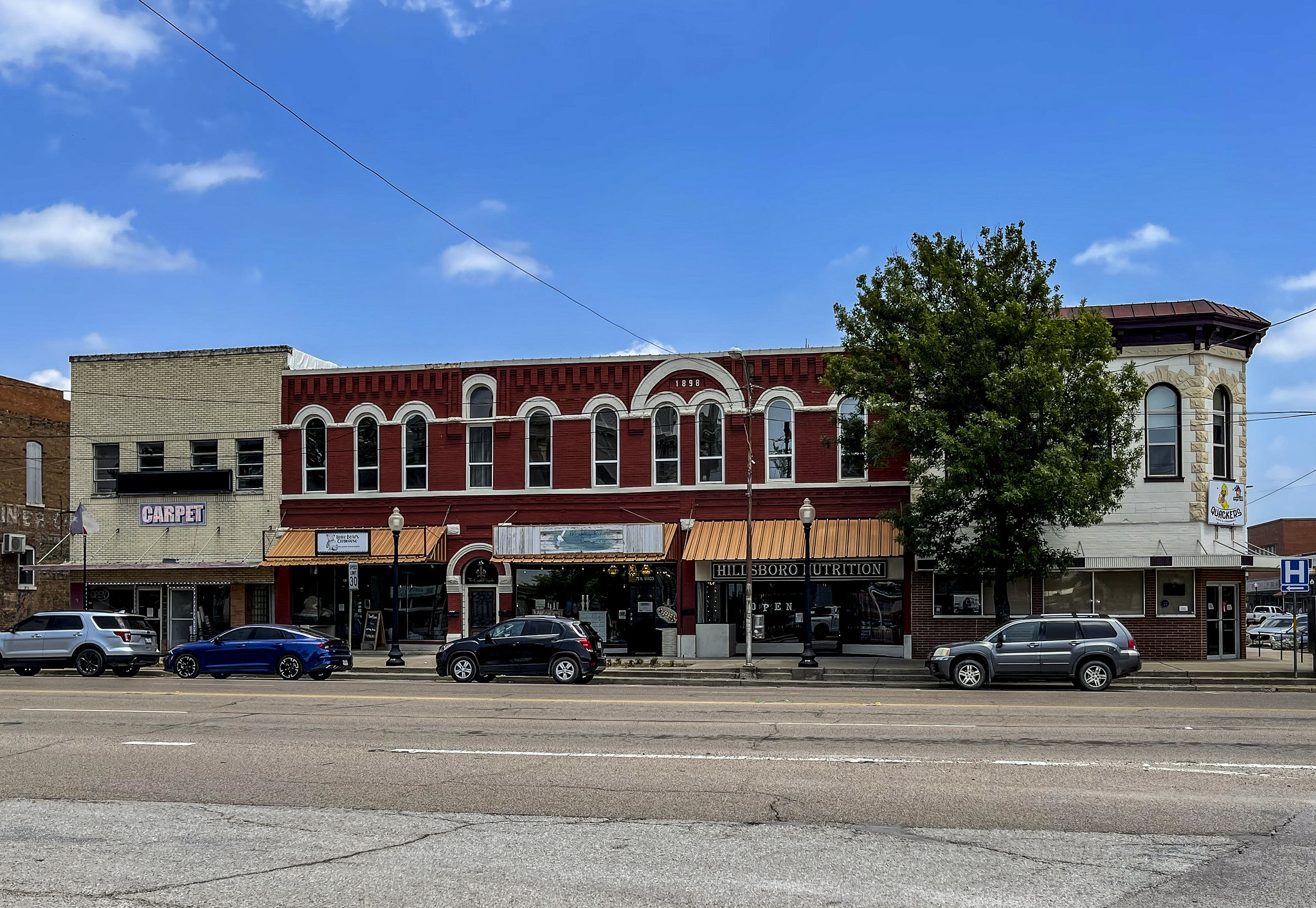 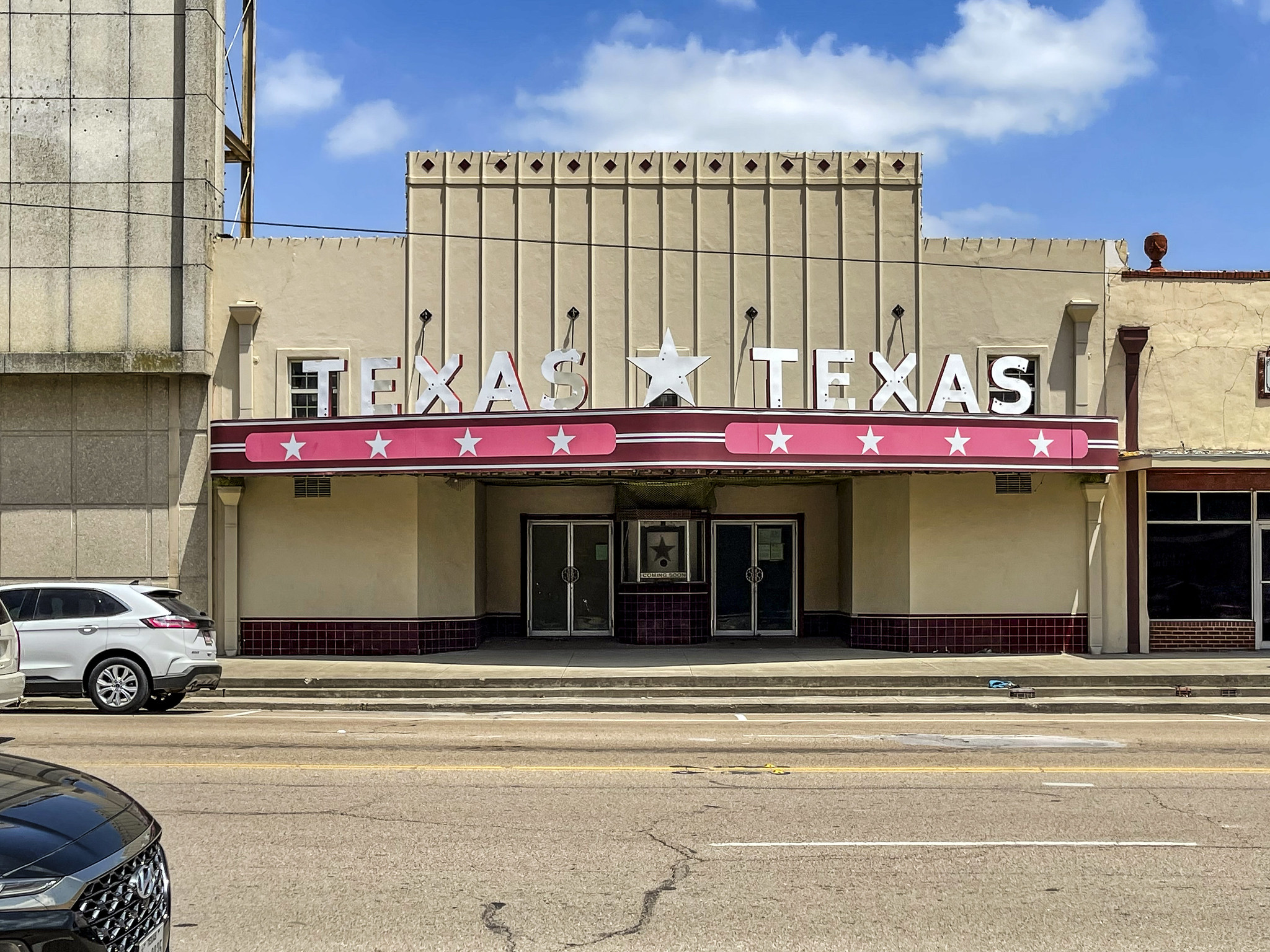 1/2 Block to the East of the Courthouse on Elm Street are these historic buildings: 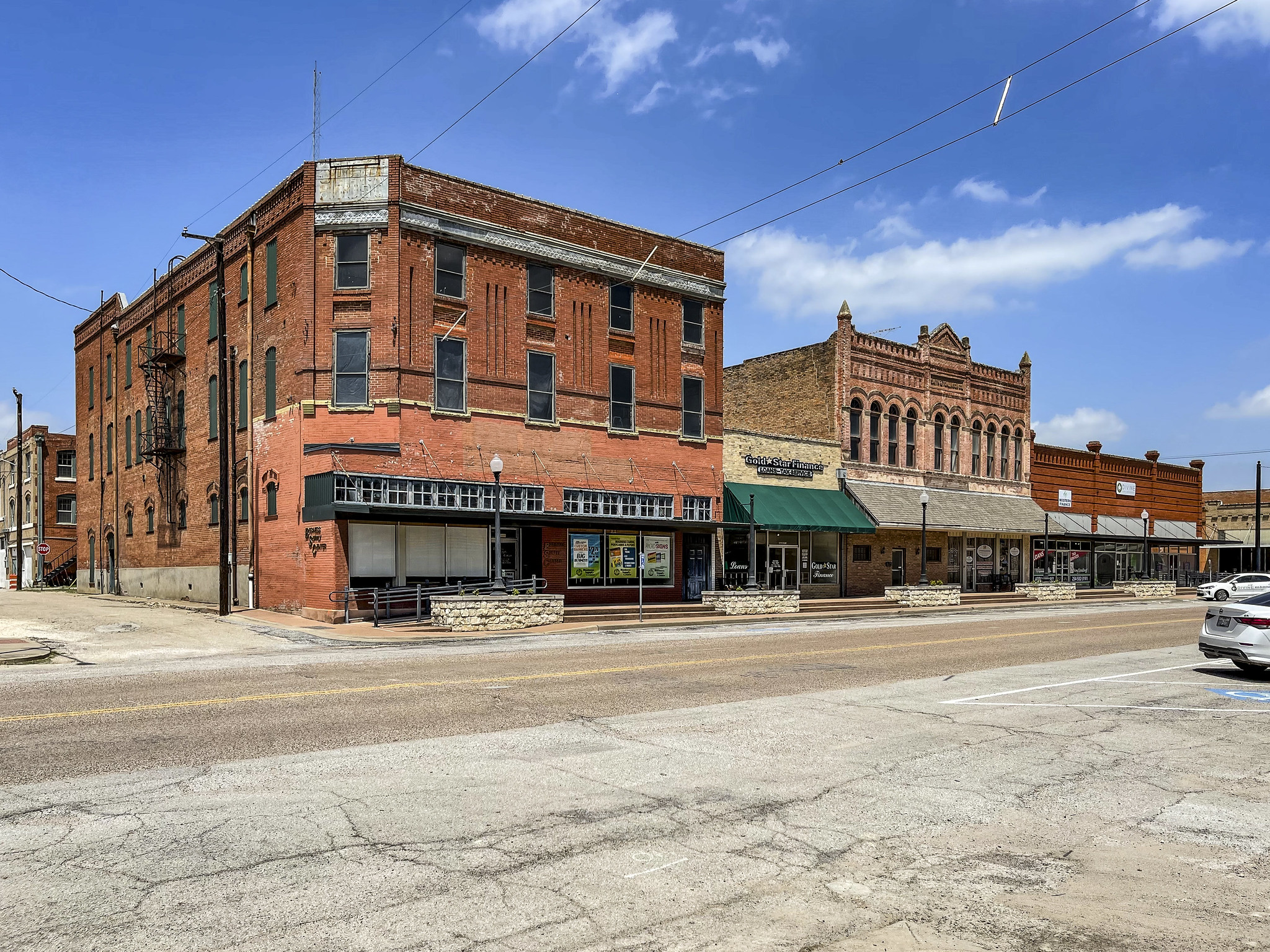 The one in the center is the Smith & Tomlinson Building, and according to the date, it was built in 1896. 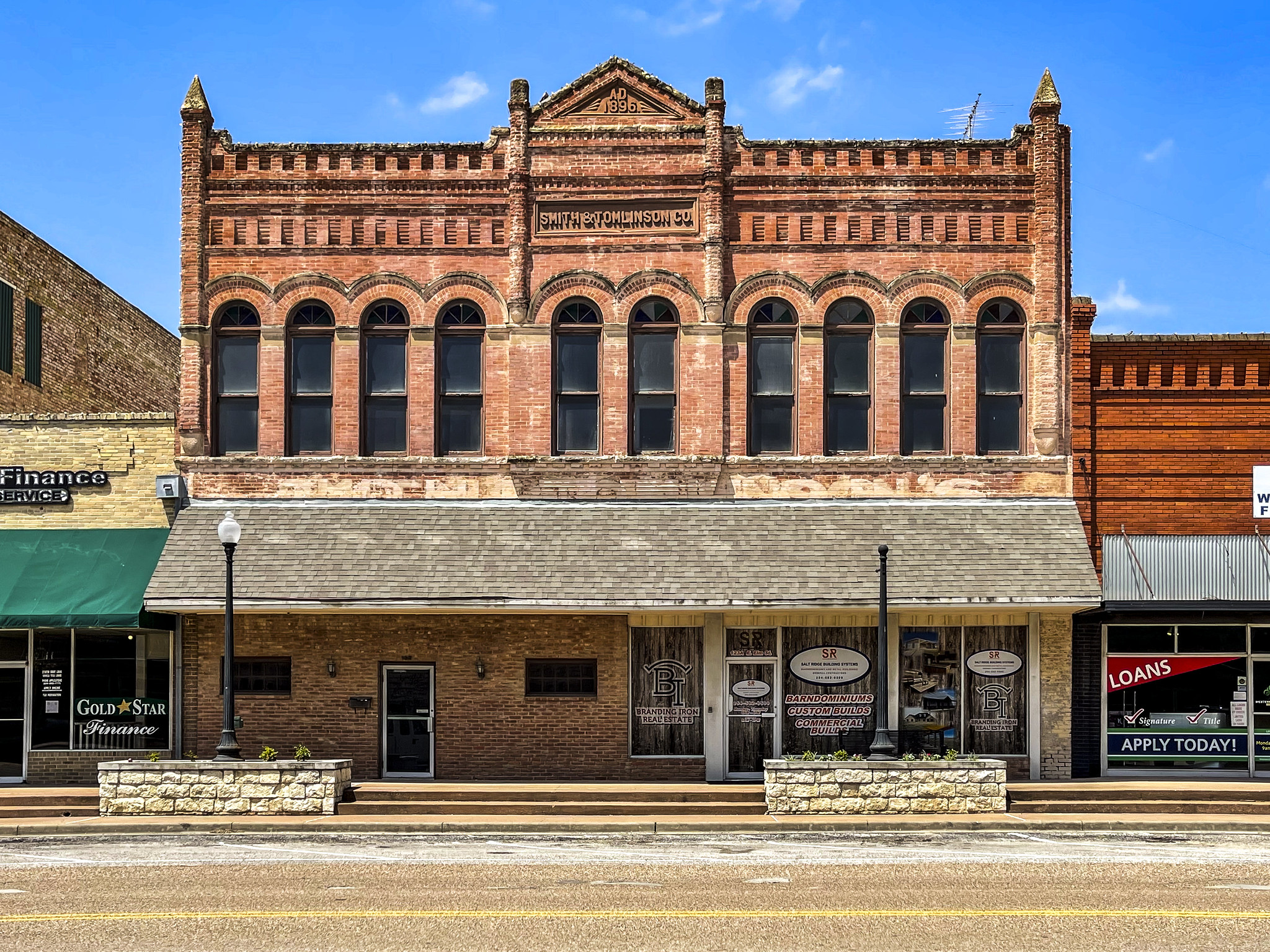 Another 1/2 block to the east is the Mid-Century Modern Citizens National Bank, complete with an original neon sign. 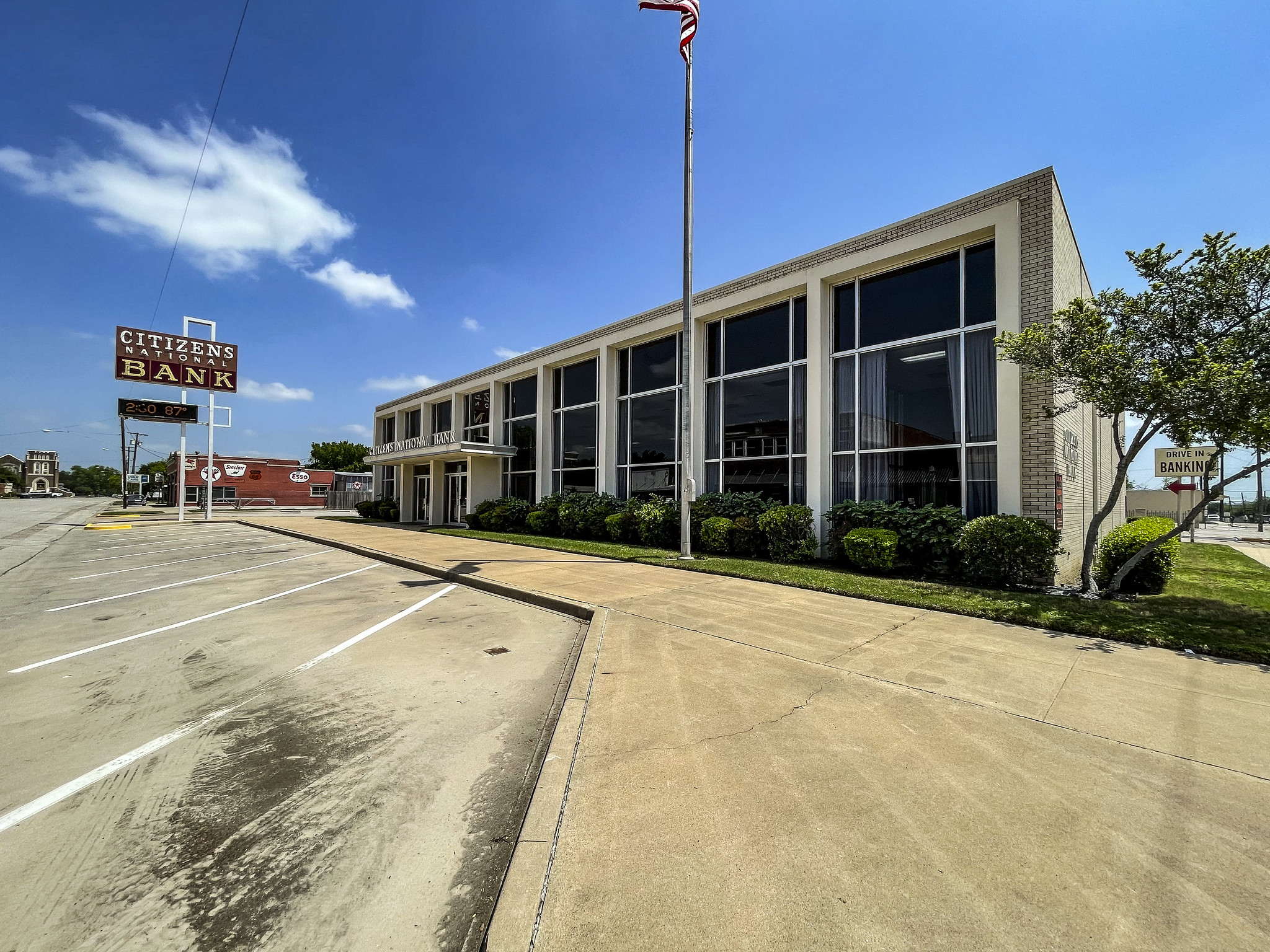 This is a view of the entrance and the sign: 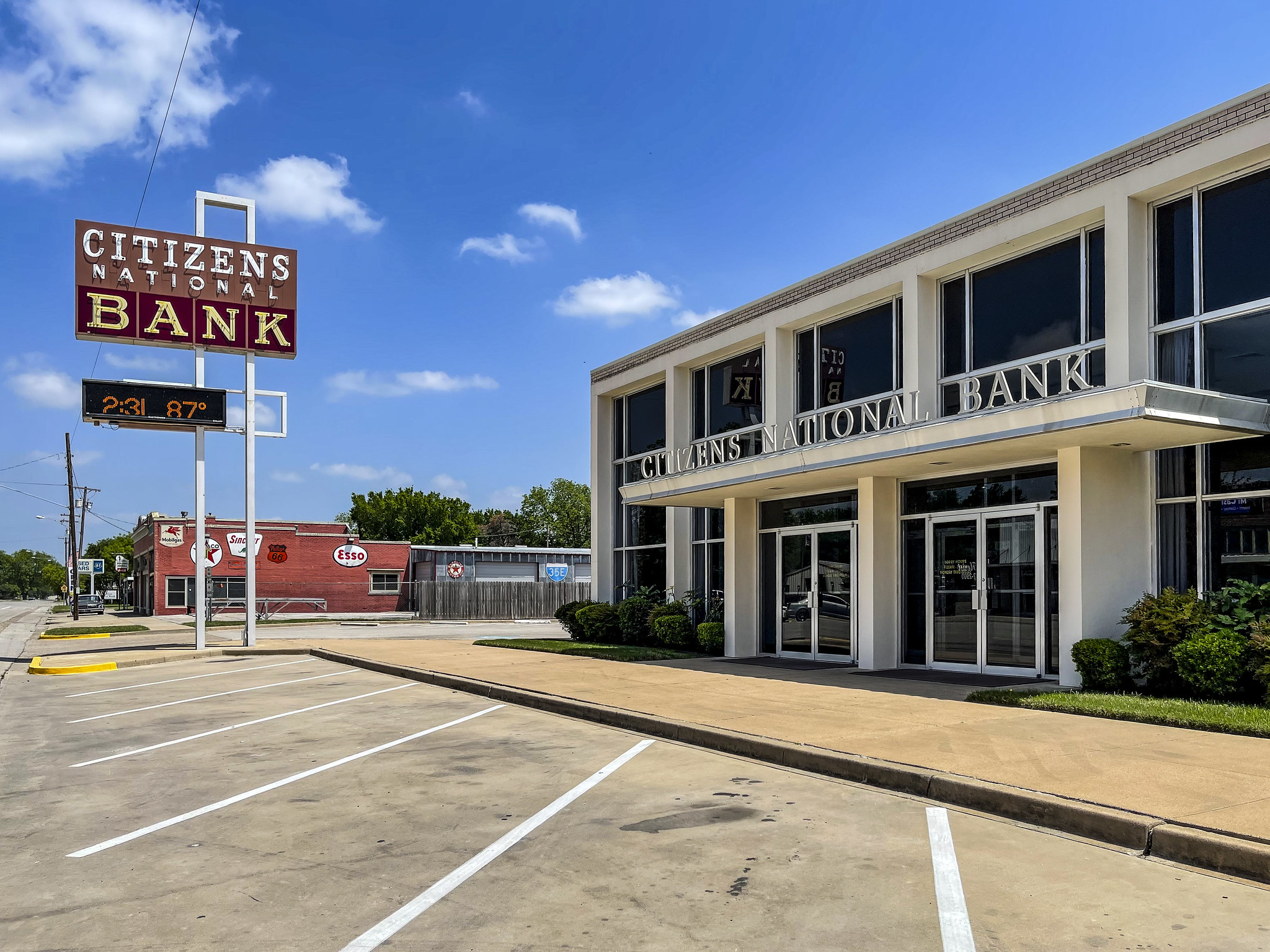 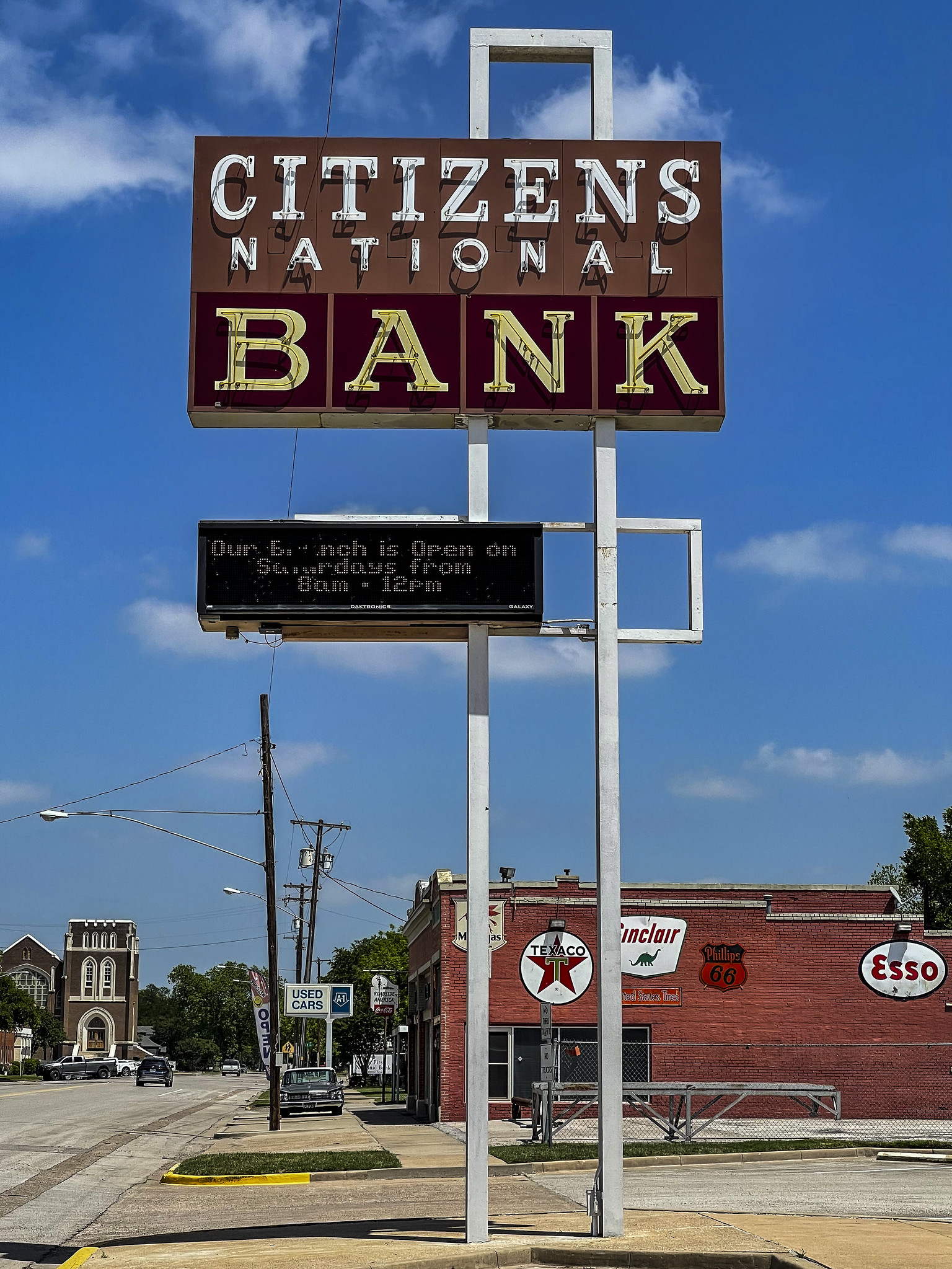 Finally, since we are on the subject of Mid-Century Modern, the Gulf Station on the north side of the square is in original condition. 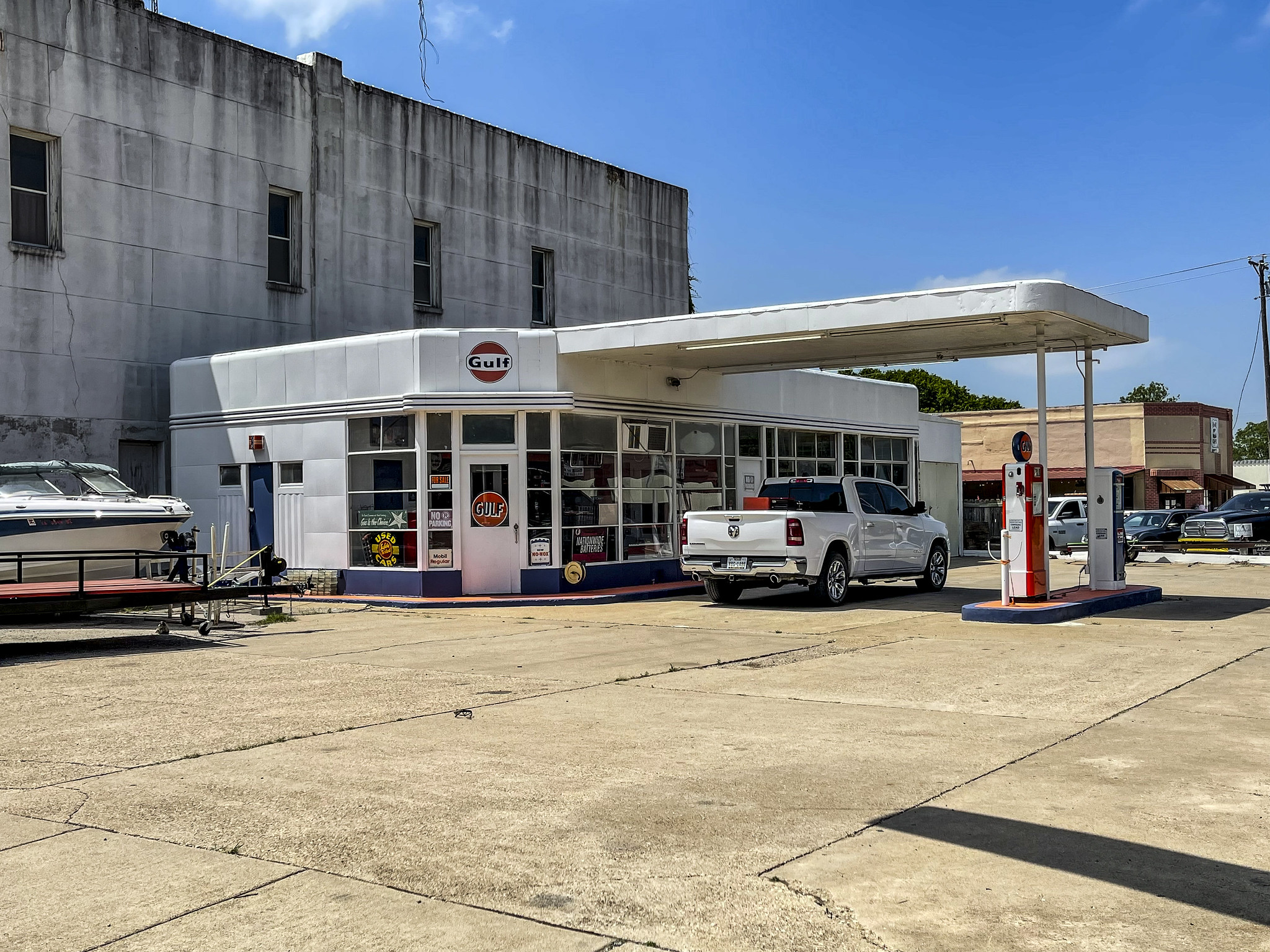