Nitixope hasn't added any friends yet.

TRE link will now connect with TEXRail at Terminal B.

In other words we could have done this years ago and not have spent money on a TEXrail line that is extremely underused... or used at all.  LOL

Would have certainly cost less than $1B too!  Could they not have figured out a way to run a people mover from CenterPort to the Terminals and stop by the rental car lot on the way to and from?  Get rid of the buses altogether.  Not like there isn't plenty of land through there, most of which is owned by the airport.

The building has a website, though not much info is available yet.

I noticed their floorplans use verbs to describe each room.live/dine, dream, study, refresh, cook, relax. I guess you can call it anything that makes sense but this seems fresh and positive.

From what I understand, many realtors are moving away from using the term *master* to describe the primary bed/bath elements in a layout. 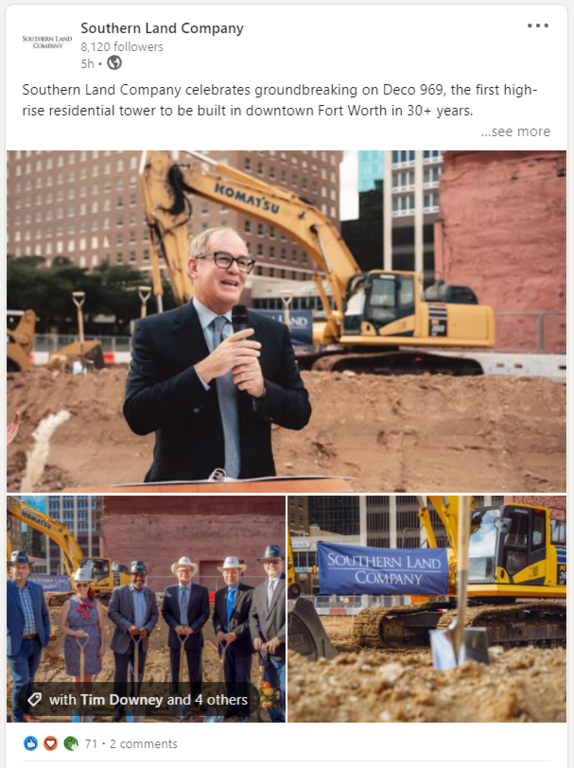 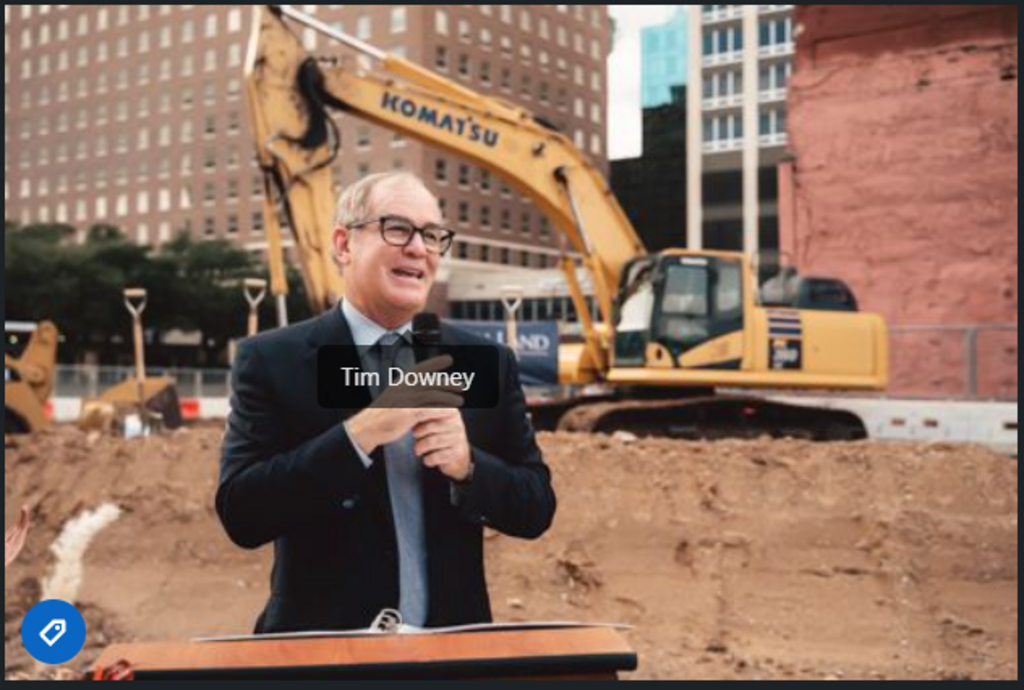 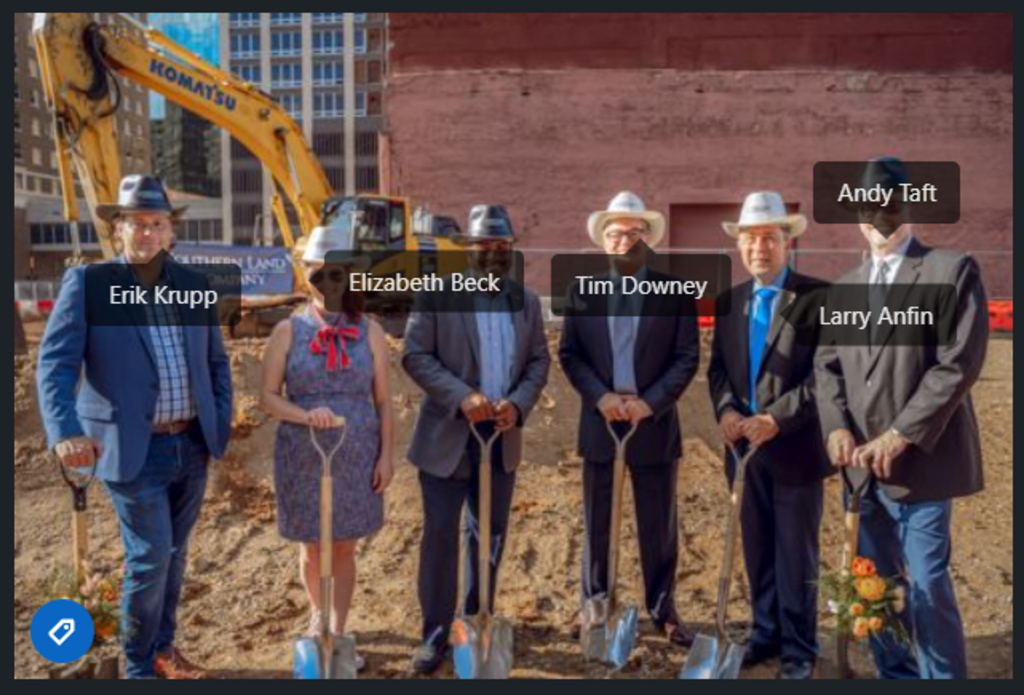 One City Place has a new tenant on the entire top floor, Calvetti Ferguson a Houston, Texas-based CPA firm

It appears parking has been added across the street from Craftwork to address what people mentioned about the issue of available stalls for coworking and coffee.

Havent noticed - is there any progress on the townhouses that are supposed to be built on Carroll at Weisenberger?  Same developer as the row houses a couple of blocks into Linwood.  I love the idea of brownstones but really don't like the brick they chose for those.

More of townhomes going in at 2825 Weisenberger

Applicant requests a recommendation to City Council to consider upgrading the designation of the property located at 311 Bryan Avenue from Demolition Delay (DD) to a Historic and Cultural Landmark (HC).

Some interesting rail references from the HCLC application link:

EVALUATION OF SIGNIFICANCE
Constructed in c. 1911, the 80 ft by 120 ft two-story concrete structure at 311 Bryan Avenue is
significant for its association with the garment industry in Fort Worth (Criterion 1) the 1922 labor
strike between the United Garment Workers Union of America and the Miller Manufacturing
Company (Criterion 7); and as a unique example of a reinforced concrete industrial building in
south Fort Worth (Criterion 2). It was listed on the National Register of Historic Places as the
Texas SP Miller Manufacturing building Company in 2006 (Criterion 8).
In regards to Criterion 1, the structure at 311 Bryan Avenue is significant for its association with
expansion of manufacturing and the garment industry in Fort Worth at the turn of the 20th century.
The Miller Manufacturing Company was formed in 1903 and produced overalls, pants, and other
garments for workers in a variety of trades and for both local and national consumption. The
business owned and operated out of several other factory spaces in Fort Worth before
constructing a new factory on Bryan Avenue to take advantage of the nearby Texas & Pacific
passenger station. The factory was also constructed to meet increasing demand for its goods in
1911, a year after Miller Manufacturing was identified as one of Fort Worth’s fastest growing
companies. In the same year, officers of the Miller Manufacturing Company led a campaign with
other garment manufacturers in Fort Worth and Dallas to boycott of convict-made products; they
also petitioned the state to require a “convict-made” label on applicable products (the request
was not successful). This site is therefore associated with early efforts at regional economic
productivism and business led efforts in a movement for fair wages in the garment industry.
In regards to Criterion 7, the structure at 311 Bryan Avenue is significant for its association with
historic events in the social history of organized labor in the 1920s. Workers in the Miller
Manufacturing Company were among the first unionized workers in Fort Worth, and at the Bryan
factory location they were predominately women. In 1922, members of the local chapter of the
United Garment Workers of America (Local No. 181) participated in a nation-wide labor strike
against the Union-Made Garment Manufacturers' Association of America, a trade organization of
clothing manufacturers who, citing improved technology and speed on the factory floor, sought to
reduce garment worker’s wages by 20%. In response, the Miller Manufacturing Company began
operating as an open shop in an attempt to break the strike. Conflict between the union and
management resulted in the closure of Bryan Avenue plant, as the company opted to relocate its
project to Paris, Texas rather than give in to the demands of the unions and end the sometimes violent conflict.
This site’s history is thus emblematic of the relationship between organized labor
and the open shop movement in the years between World War I and the Great Depression in
Fort Worth, the state of Texas, and across the United States.
In regards to Criterion 2, the property at 311 Bryan Avenue is significant as an important and
unique example of an early reinforced concrete industrial building in south Fort Worth. The
HCLC-21-338
structure is consistent in layout, style and detail with concrete industrial buildings of the early
20th century, featuring rectangular massing, multiple-hung, black, steel framed windows, and a
flat roof of reinforced concrete. The National Register nomination report for this property notes
that this building is the oldest reinforced concrete building of the nine documented in the Tarrant
County Historic Resources Survey of South Fort Worth, and the only example of the nine with
poured-in-place concrete walls. The north, south, and east elevations retain the imprint of the
wood forms used during the pouring of the concrete. The loading dock still extant on the front
facade was used for recieving freight on boxcars from the railroad spur in front of the building.
Additional features signaling the structure’s historical function as industrial manufacturing site
include the concrete loading dock with a metal canopy on the west elevation. The three large,
north-facing skylights near the roofs center, each composed of two sets of 3/3 steel windows,
also would have played an important role in the buildings use, providing ventilation and natural
light on the factory floor in the largely open structure. The building’s façade also includes a
distinct arched opening with multiple-light sidelights and a large transom over the doors.

** Without the financial backing of Fort Worth, the city could lose the project **

Sounds to me like some of arm-twisting. Reminds me of the film The Music Man. Sell us something we did not necessarily know we wanted or needed and, oh by the way, if we do not cough up the money, they will take it to another city?

It deters birds and bugs from building nests like dirt daubers and barn swallows.  It also allows for more dramatic illumination.

One color that the majority of birds avoid is white. A dull or bright white signals alarm and danger to birds, causing them to avoid those areas.

I think TLC could actually be repurposed as a small hotel itself.  To me, it needs an addition or two maybe: and you could have a hotel in a terrific location.

#135227 Portion of the Jones Street superblock listed for sale

I would take a parking lot (for now) rather than another mid-rise apartment building. Im holding out for a high-rise of some kind or how about a higher-ed building if not a high-rise, something that would be worthy of that space long term.

Thats great news. I have dreamed of the western extension of River Legacy for years. How are they crossing Greenbelt? If it is a crosswalk / stoplight that is a very dangerous stretch of road. The Screaming Bridge was just north of there.

Some other items found:
https://www.digitalc...ealth:zk51vv122 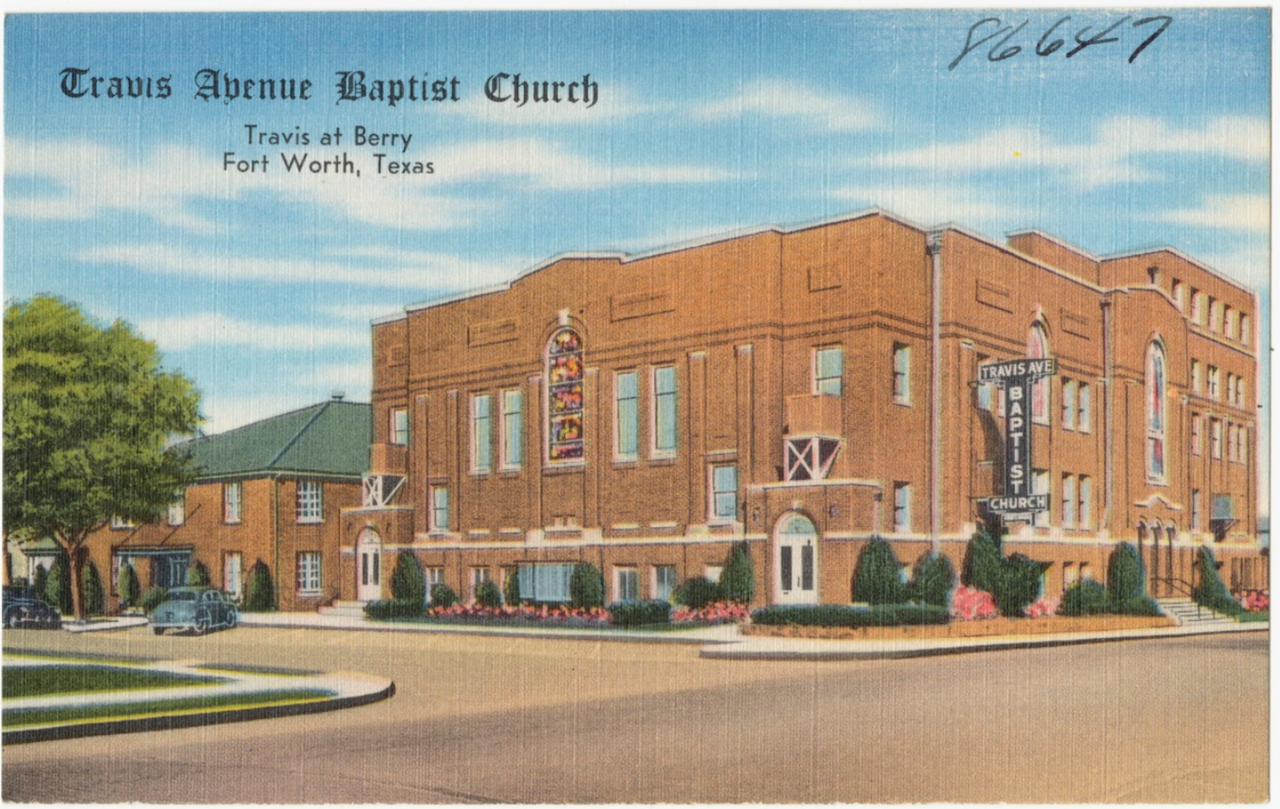 Here's an architect's rendering preconstruction of their current building.  Interesting to note the proposed budget of only $500,000.
(FW Archives) 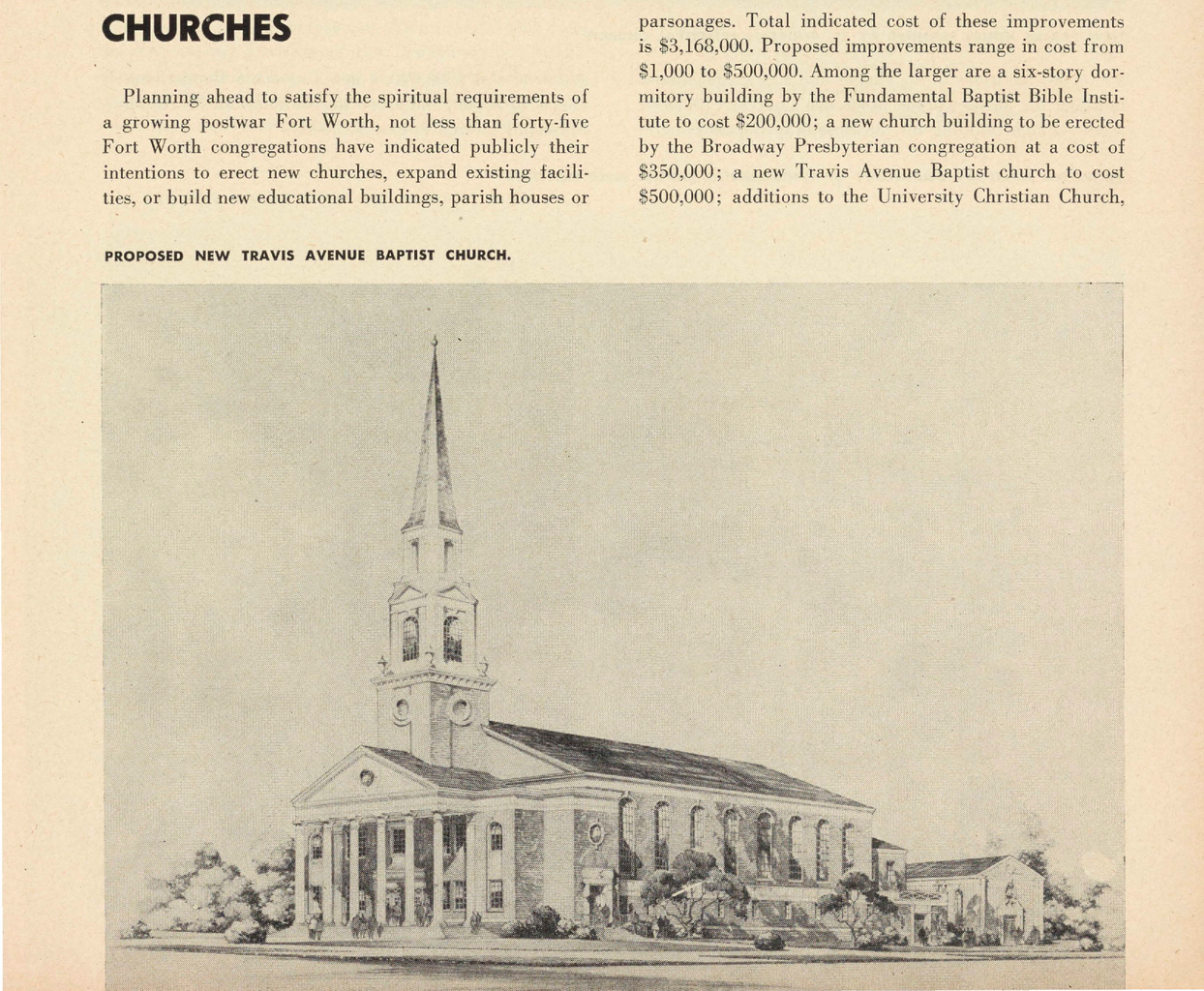 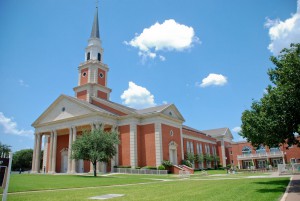 108 Cromwell, I had to look that one up on a map. I recall seeing some permits for ArtSpace back in July.

Commercial Board of Adjustment:
https://accela.fortw...ShowInspection=

I tried Cava the other day and it was pretty good.  Light & refreshing.  All-in with tax was $10.79 and came with a piece of pita.  I think the one on University is set to open Oct/Nov this year. 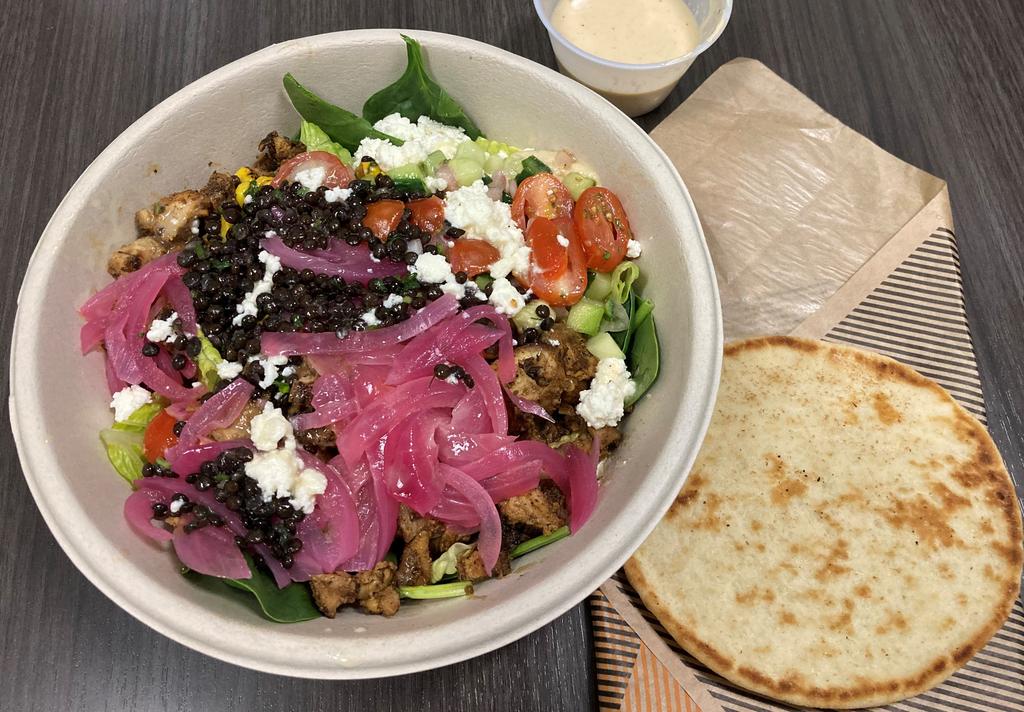 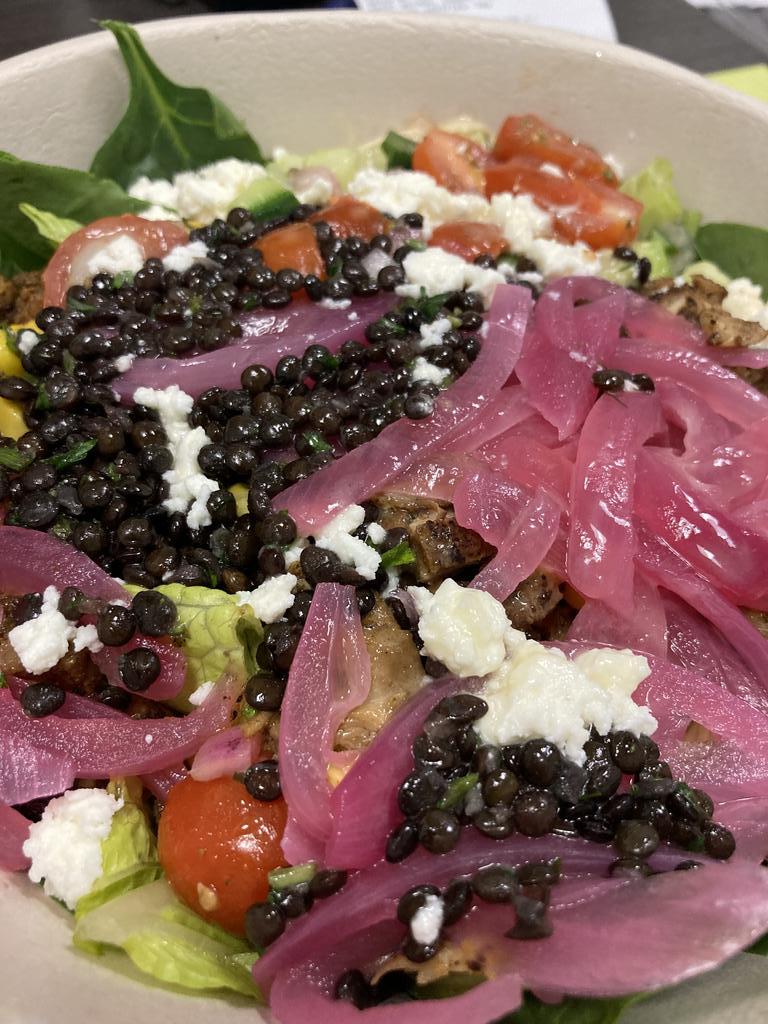 I've tried Cava a couple times since this first post and I really like it.  I'm looking forward to them coming to FW.  There's a couple tricks you need to know for visiting here:

If you're going for lunch on the weekday, get in line before 11:30, otherwise if they have more than 12 people waiting in queue, their ability to dish the food is quite a bit slower than Chipotle.  It's the same identical concept just different ingredients.  If you are planning to get there mid-lunch, order on the app and they just have a shelf by the door, way easier if you're not dining-in.

Study the menu ahead of time, it's sort of overwhelming with options.  Here's my recommendations:

1) you first choose if you want a pita wrap or bowl (just like Chipotle) and most people get the bowl.  They still give you a small piece of bread with it.

2) choose either grain, grain / greens (they have several greens to choose from) or greens only for a salad.  I like to get grains and greens because I love their saffron basmati rice but don't need to load up on carbs.

3) Next you pick your protein which has a few options, I usually just get Chicken but there's grilled veg, falafel, harissa chicken too.

4) then you pick up to three scoops of their dips which are hummus, baba ghanoush, harissa, spicy hummus, tzatziki or "crazy feta" which is a whipped feta with jalapenos (not bad if you're into that kind of thing)

5) Now you get to choose toppings which are unlimited but they have a ton of options like pickled onion, lentils, corn, cucumber, pickled cabbage, feta, fattoush and a few more I don't recall (I just tell them I'll take everything except the spicy red peppers which have considerable heat)

6) They have 5 or 6 dressings that go on top of all this....everything I've tried so far I liked.  Also, for dietary restrictions, you can do gluten free, dairy free, vegan or vegetarian pretty easily here.  I cook a lot of similar items at home and their flavors and ingredients seem to be top-notch in my opinion and would cost an arm and a leg if you went to the store and bought all these items.

I wouldn't call this "health food" but for the price point, it's healthier than a lot of other options and you can customize until you're blue in the face to cut out certain items.  I think the only thing fried is the falafel otherwise nothing is greasy or loaded with fat, for example their Lemon Herb Tahini dressing is only 6g of fat which isn't horrible I guess compared to ranch dressing.

As mentioned before, total cost for this is only $10.79 OTD which isn't really any different from Chipotle if you get chips and guac.  I'll weigh the bowl full of food next time and see how much food they give you, but it feels like about 1.5 lbs.